Threats by prosecutors to file charges against the judge propels the judicial hearing on the fate of Jacob Ostreicher into chaos, and left Ostreicher languishing in a Bolivian prison. 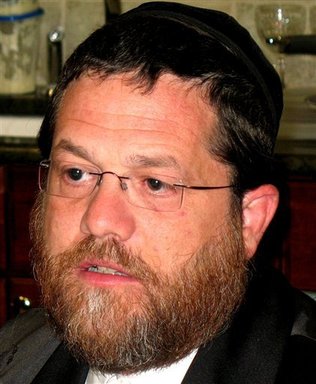 Jacob Ostreicher, the haredi businessman who has been imprisoned in Bolivia for more than a year awaiting official charges or release, finally had a judicial hearing on his fate after months of postponements by the judiciary and the government.

Congressman Chris Smith (R-NJ) traveled to Bolivia to see Ostreicher and to monitor the hearing.

Bolivia responded by staging a circus.

Prosecutors handed an official document to the Judge stating that he should recuse himself from the case because the Judge met with Jacob Ostreicher’s lawyer in private.

The Judge said he is not recusing himself from the case. He has not done anything illegal or differently than in any other cases. According to the law, he is allowed to meet with lawyers in an official capacity in the courtroom. Pandemonium broke out in the court room when the prosecutors PUBLICLY threatened the Judge that they would file charges against him if he doesn’t recuse himself. The judge insisted that he will NOT recuse himself because he did not know Jacob Ostreicher or anyone in this case. He will postpone the hearing until a higher court can decide whether he can hear the case or not. Jacob was taken out of the courtroom. He was denied access to his lawyer on the way out and taken to a holding cell in the sub basement of the courtroom. A human rights activist demanded the Judge sign a request to take Jacob to the hospital but the Judge said he couldn’t do anything until the higher court hears the claim.

Just one question: Were the attorneys and the judge all wearing large, floppy, red shoes and clown noses?

This hearing was like a minor league Soviet show trial. All we need is a few pet sheep in the courtroom and we'd have a decent sketch for Borat 2.

Kazakhstan must be jealous.

Threats by prosecutors to file charges against the judge propels the judicial hearing on the fate of Jacob Ostreicher into chaos, and left Ostreicher languishing in a Bolivian prison.