« Religious Believers Less Motivated By Compassion Than Atheists, Studies Find | Main | Jews Are In Israel "Only Because Of The Haredim," Haredi Pol Insists »

Her Lips Are Sealed – From Treife

An orthodox woman goes to a top flight non-kosher culinary school and can't taste what she cooks as a result. 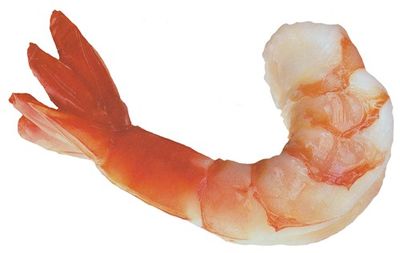 The menu at a recent Institute of Culinary Education class included seafood mousseline and Thai shrimp and scallop ceviche.

Too bad student Alison Barnett couldn't have a bite.

"I have a potato in the oven," said the 24-year-old, working in a kitchen at the Manhattan school. "Double-wrapped."

Ms. Barnett faces an unusual circumstance. As an Orthodox Jew at a mainstream culinary school, she is learning to cook the most unkosher of foods—slicing and dicing everything from pork sausage with a hog casing to lobster—without being allowed to taste a thing.

"I've had to become really creative with this situation," said Ms. Barnett. "I've kind of acquired a sixth sense. I can kind of estimate and learn about the actual components of the food, like how much salt and spices I can put inside of a thing to make it taste great without actually tasting it."

After graduating from Touro College's Lander College for Women, an Orthodox school in Manhattan, Ms. Barnett decided to pursue culinary school. She consulted with her rabbi in Ohio to see how she could do so within the realms of Jewish law.

His ruling? Sure, she could do it. But she couldn't really eat anything because she would be cooking in a nonkosher kitchen. She would also have to find a way to get around mixing potentially kosher meat and milk together. Sautéing a steak in butter: not so kosher.

Culinary instructors and chefs say it's not uncommon to find those who face restrictions, be it based on religion, food allergies or morals. There are vegetarian butchers, diabetic pastry chefs and restaurants helmed by chefs allergic to some of their main fare.

Chef Suvir Saran of the recently closed Indian restaurant Devi, is a Hindu and vegetarian whose specialties include lamb chops, meat loaf and chateaubriand steak, an especially thick cut of tenderloin. But the 39-year-old didn't eat meat until recent years, and even then only to taste his competitors' fare. He never eats his own meat dishes.

"At 35, I decided it's time to taste what other people do with meat," he said. "I'll eat maybe half an ounce to one ounce. No more. For me it's a way of learning."

Chef Chris Santos goes through 1,200 to 1,500 lobsters a week at his Lower East Side restaurants Stanton Social and Beauty & Essex. But a shellfish allergy allows him to take a only few bites. "Even a small amount, two bites, gives me digestive problems," he said. "So I try to avoid it as much as I can."

Brendan Walsh, dean of culinary education at the Culinary Institute of America in Hyde Park, said the school sees a variety of students with food restrictions, from Muslims who only eat halal meat to individuals with gluten-free diets.

Just last week he received information about a woman who was allergic to fish. "We have a fish class requirement," so we have to deal with that, he said. "Obviously if you're going to teach fundamental cooking…they still have to be exposed to all of these things so they have an understanding."

One first-year student at the Hyde Park institute, Daniel Gelb, an Orthodox Jew, said his rabbi advised him not to attend a nonkosher cooking school. "I checked some of the kosher places, and they're just not on the same level," said Mr. Gelb, 23. "If you really want to make a career out of it, you have to go to the best schools."

It's certainly been challenging, Mr. Gelb said. He added, "It's very difficult because it smells delicious."

Some rabbis advise students that they can taste some nonkosher foods and spit it out.

Isabelle Lapin, who recently finished a culinary program at the Institute of Culinary Education, did this for most meats (though she refrained from tasting shellfish or pork). "I had a big garbage can next to me and I was spitting," she said. "I was tasting, spitting and rinsing my mouth every time I had to taste something. It was really difficult."

Ms. Barnett said she tried tasting and spitting out a blanched green bean but got so nervous she was going to accidentally eat it that her nose clogged up; she decided she couldn't do that again.

Last week, Ms. Barnett made sausage and seafood mousseline on two different days, her final classes before graduating on May 7. She was at ease peeling and deveining shrimp.

"I like working with nonkosher foods because it gives me the opportunity to substitute," she said. "By feeling the shrimp I can think, 'What else has the same texture?'"

Ultimately, Ms. Barnett, who has a blog called Ali-Babka about her journey as a kosher chef, hopes to bring what she learns to the kosher culinary world. "I want to make kosher food the best it can be," she said.

Because of her limitations she's has had to rely on the taste buds of her fellow classmates to gauge her own skills.

On one recent class, Ms. Barnett recalled they were given five ingredients and a limited amount of time to create something. She ended up making bacon mashed potatoes with shitake mushrooms, spinach and a cream sauce, as well as a citrus scallop ceviche with parsnip and coriander sauce.

"It tasted great," she recalled. "Everyone tasted it."

Everyone, that is, except her.

Her Lips Are Sealed – From Treife

An orthodox woman goes to a top flight non-kosher culinary school and can't taste what she cooks as a result.