A haredi man from Monsey, New York was arrested and charged yesterday with stealing $292,000 from Florida Capital. 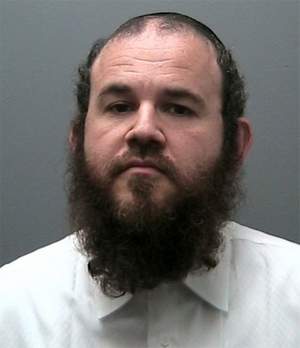 A haredi man from Monsey, New York was arrested and charged yesterday with stealing $292,000 from Florida Capital, the Journal News reported.

Aharon Farkas allegedly used a property he owned at 3 Hill Top Lane in Highland, New York as collateral to get a $250,000 line of credit loan from TD Bank. The next month, Farkas used the same property as collateral on a $292,000 mortgage loan from Florida Capital Bank by signing documents that falsely stated that the property had not been used to guarantee other, still outstanding, loans.

Farkas was able to do this without being immediately detected because the first use of the property as collateral had not yet been officially entered by the County Clerk, and a routine title search therefore did not show the loan.

Farkas, who was released on $15,000 bail, is charged with second-degree grand larceny, a felony. The 39-year-old could serve as much as 15 years in prison if convicted. Along with bail, Farkas was required to surrender his passport.

A haredi man from Monsey, New York was arrested and charged yesterday with stealing $292,000 from Florida Capital.