The head of the Brooklyn D.A.’s sex-trafficking unit abruptly resigned yesterday in what many see as fallout from a botched Crown Heights rape and sex trafficking case. 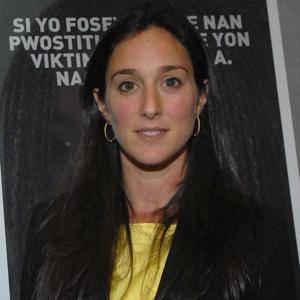 The resignation of 36-year-old Lauren Hersh – which the D.A.’s office claims was not forced – came less than a month after she was accused of failing to tell defense attorneys that a young woman from a Chabad hasidic family in the Crown Heights neighborhood had recanted rape allegations against their clients only a day after she initially made them.

“How could this happen?” James Phillips, a lawyer for Dula, told the Post. “This was a unit chief who presented this case to a grand jury. They had a big press conference, and they were quick to label Mr. Dula as a predator. Yet, they had all these documents in their possession stating the facts were wrong.…“This is a true miscarriage of justice. Those documents should have been made available.…The district attorney’s office chose to provide us only what documents they wanted us to see.”

The woman, now 22, also told investigations that she had a years long intimate relationship with Crooks.

Four black men, including Dula and Crooks, were accused by law enforcement of beating, raping and prostituting the Chabad girl over a period of 8 years, beginning when she was 13.

But a day after making those claims to police, the girl recanted.

“I once again asked [her] if she was raped,” a detective wrote in a police report. “She told me ‘no’ and stated to me, ‘Can’t a ho change her ways?,’” the New York Daily News reported in April. The girl also signed the recantation.

The four, all of whom have long rap sheets, are still facing criminal charges in the case.

The head of the Brooklyn D.A.’s sex-trafficking unit abruptly resigned yesterday in what many see as fallout from a botched Crown Heights rape and sex trafficking case.