2 Arrested Outside Sold Out Weberman Fundraiser

It's not clear from the email I was sent, but based on two Twitter reports (1, 2) it looks like a hasid attacked the protesters and was arrested, and then someone else was arrested almost immediately, though it is not clear why: 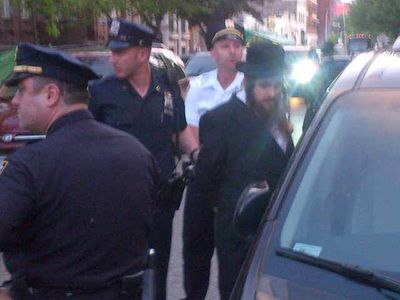 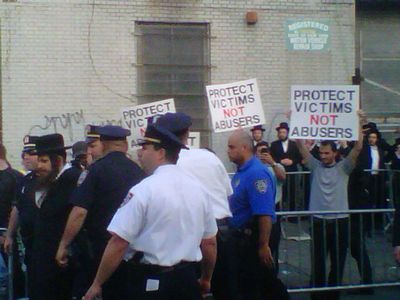 Meanwhile, the fundraiser is full and there are more than 100 people waiting outside to get in. Here's  a picture taken inside a few moments ago: 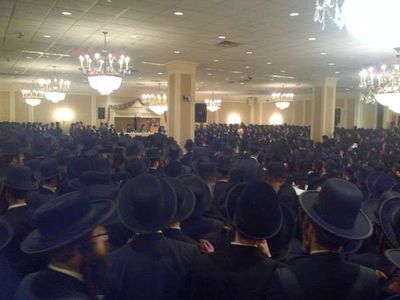 2 Arrested Outside Sold Out Weberman Fundraiser