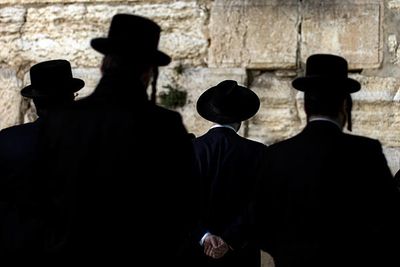 Thinking can undermine religious faith, study finds
Those who think more analytically are less inclined to be religious believers than are those who tend to follow a gut instinct, researchers conclude.
Amina Khan • Los Angeles Times

Scientists have revealed one of the reasons why some folks are less religious than others: They think more analytically, rather than going with their gut. And thinking analytically can cause religious belief to wane — for skeptics and true believers alike.

The study, published in Friday's edition of the journal Science, indicates that belief may be a more malleable feature of the human psyche than those of strong faith may think.

The cognitive origins of belief — and disbelief — traditionally haven't been explored with academic rigor, said lead author Will Gervais, a social psychologist at the University of British Columbia in Vancouver, Canada.

"There's been a long-standing intellectual tradition of treating science as one thing and religion as separate, and never the twain shall meet," he said. But in recent years, he added, there has been a push "to understand religion and why our species has the capacity for religion."

According to one theory of human thinking, the brain processes information using two systems. The first relies on mental shortcuts by using intuitive responses — a gut instinct, if you will — to quickly arrive at a conclusion. The other employs deliberative analysis, which uses reason to arrive at a conclusion.

Both systems are useful and can run in parallel, the theory goes. But when called upon, analytic thinking can override intuition.

To find out, his research team had college students perform three thinking tasks, each with an intuitive (incorrect) answer and an analytic (correct) answer.

For example, students were asked this question: "A bat and a ball cost $1.10 in total. The bat costs $1.00 more than the ball. How much does the ball cost?" The intuitive answer — 10 cents — would be wrong. A little math on the fly reveals that the correct answer would be 5 cents.

After answering three of these questions, the students were asked to rate a series of statements on belief, including, "In my life I feel the presence of the Divine," and "I just don't understand religion." Students who answered the three questions correctly — and presumably did a better job of engaging their analytical skills — were more likely to score lower on the belief scales.

To tease out whether analytic thinking was actually causing belief to decrease, the researchers performed a series of additional experiments.

First, students were randomly assigned to look at images of Auguste Rodin's sculpture "The Thinker," or of the ancient Greek statue of a discus thrower, "Discobolus." Those who viewed "The Thinker" were prompted to think more analytically and expressed less belief in God — they scored an average of 41.42 on a 100-point scale, compared with an average of 61.55 for the group that viewed the discus thrower, according to the study.

Two additional experiments used word games rather than images. In one case, participants were asked to arrange a series of words into a sentence. Some were given neutral words and others were presented with trigger words such as "think," "reason" and "analyze" to prime them to think more analytically. And indeed, those who got the "thinking" words expressed less religiosity on a 10-to-70 scale: They ranked themselves at 34.39, on average, while those in the control group averaged 40.16.

In the final experiment, students in the control group read text in a clear, legible font, while those in the other group were forced to squint at a font that was hard to read, a chore that has been shown to trigger analytic thinking. Sure enough, those who read the less legible font rated their belief in supernatural agents at 10.40 on a 3-to-21 scale, compared with 12.16 for those who read the clear font.

So does this mean that religious faith can be undermined with just a little extra mental effort? Not really, said Nicholas Epley, a social psychologist at the University of Chicago who was not involved in the study. But it does show that belief isn't set in stone, but can respond to a person's context.

"There's an illusion that our brains are more static than they actually are," he said. "We have fundamental beliefs and values that we hold, and those things seem sticky, constant. But it's easier to get movement on something fundamental."

As for whether this should alarm the layperson, Epley shrugged. "Even deeply religious people will point out they have had moments of doubt," he said.