Disgraced former assistant basketball coach at Syracuse University Bernie Fine is hired by Maccabi Haifa, even though he is an accused pedophile and under federal investigation. 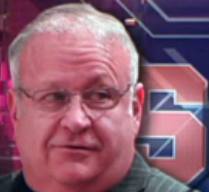 …Maccabi Haifa, an Israeli pro team owned by Florida-based businessman Jeffrey Rosen, announced Thursday it has hired Fine as a basketball consultant to the team. Fine will do his consulting from the U.S., but will assist on player-personnel decisions as well as the team's upcoming coaching search.

The press release issued by Maccabi Haifa on Thursday morning, of course, makes no mention of the accusations that derailed Fine's career.

Fine worked for [the University of] Syracuse for 36 seasons before he was fired in November once [two] former ball boys made their accusations and a recorded conversation between one of the ball boys, Bobby Davis, and Fine's wife also went public. Laurie Fine appeared to suggest on the recording that she knew her husband had molested Davis.…

State charges were not brought in Fine's case because the statute of limitations had expired.

But because Fine allegedly molested the boys on team trips that crossed state lines, a federal investigation is reportedly underway, and Fine could be charged with federal crimes.

Eisenberg wryly notes that, "considering the pool of out-of-work basketball coaches who aren't under federal investigation right now, it seems like the team might have been better off hiring someone else."

A third accuser recanted his accusations against Fine but five days afterward said that Fine had indeed molested him.

Disgraced former assistant basketball coach at Syracuse University Bernie Fine is hired by Maccabi Haifa, even though he is an accused pedophile and under federal investigation.