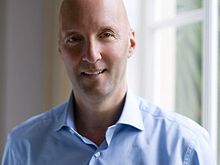 SAN FRANCISCO (AP) — A former high-tech executive convicted of defrauding investors of at least $30 million on Monday was given one of the harshest sentences meted out in a white-collar criminal case.

Cohen was convicted of soliciting investments in his digital jukebox company by lying about its success. Prosecutors say his fraud caused the collapse of the Vanguard Public Foundation, a nonprofit tied to actors Danny Glover and Harry Belafonte.

Cohen was convicted of falsely telling investors beginning in 2002 that a company he launched called Ecast that made electronic jukeboxes for bars was about to be acquired by Microsoft Corp.

Prosecutors said Cohen kept the scheme going by soliciting more money from victims with complaints that U.S. and then European regulators were holding up the deal, which required additional investments to pay nonexistent fees and bonds needed to push the deal to approval.

Prosecutors say none of that was true. Instead, they said Cohen used the millions to fund an "absurd lifestyle" that included helping his wife publish a cookbook called "The Kosher Billionaire's Secret Recipe."

Prosecutors say that Cohen rented a mansion in the wealthy enclave of Belvedere just north of San Francisco and decorated the house with copies of famous paintings from Picasso, Miro and Matisse and other noted artists. But prosecutors said he solicited investments during parties at his house, which he told victims he owned while showing them the artwork he deemed were originals. Prosecutors said that was all part of a ruse to portray himself as a wealthy and savvy businessman.

The government asked for a sentence of 30 years to life. similar to what it originally talked about – but did not ask  – for Sholom Rubashkin.

Cohen was convicted on many fewer counts than Sholom Rubashkin and, unlike Rubashkin, he did not head a conspiracy to defraud according to the law, a factor that upped Rubashkin's sentence considerably.

But Cohen was charged with three counts of tax fraud, which added to his sentence.

Rubashkin's sentence range according to the guidelines was 22 to 30 years. He got 25 years and had 2 more added for perjuring himself in court.