Oholei Torah in Crown Heights, founded and run at the direction of the late Chabad-Lubavitch rebbe, Menachem Mendel Schneerson, and known as the "Rebbe's school," does not teach its students legally mandated secular subjects. It also allegedly covered up child sex abuse and the physical abuse of students. 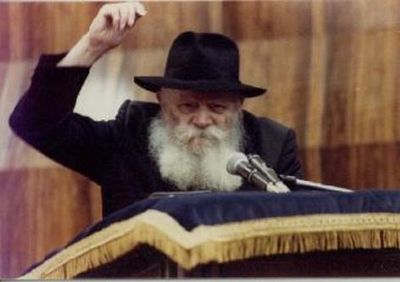 …There is a deep, sinking pit in my stomach when I think about the years of academic study I missed that most people take for granted. I smile sadly when I hear kids complaining about going to school; I would gladly go in their place. While I certainly hope I can, one cannot easily overcome missing out on 13 years of academic study [caused by] a corrupt system [which failed to teach students secular studies].

The corruption at [Chabad's Oholei Torah [yeshiva in Crown Heights] has provoked a frustrating, painful memory, which I had not planned on mentioning. In third grade, my classmates and I watched our teacher brutally beat one of the students for what seemed like at least a half an hour. To this day, my friends and I remember that event vividly. It is something no one can ever forget. This teacher was not held accountable, let alone disciplined. More recently, I questioned the school's dean about this event and why it wasn't dealt with; I had also inquired about some other disturbing allegations from former students that Oholei Torah covered up and refused to report sexual abuse that former students had brought to the attention of the school seeking help.The response I got was glib: I was told that these stories are not true (even though I witnessed one and heard the accounts of sexual abuse from the victims themselves). A former social worker, and hence a legally mandated reporter, employed by this institution told me that he was told by the dean of the school that if he were to ever report a crime to the authorities, he would immediately be fired.

My appeals to the community on the problems of the educational system had all fallen on deaf ears. I had to seek an outside forum to open a dialogue. People are discussing the problems now. I had spoken to the school administration many times about these problems, as well as my objection to the current curriculum being taught in the school. The only response that I got and continue to get from the principal and other chief operating officers within the school is: "This is the Rebbe's institution, and this is how he wanted it and we won't ever try to change that. It's pure chutzpah to try and challenge something the Rebbe believed in, and even worse to try and bring shame to the Rebbe's institution by talking about these things publicly."…

Oholei Torah in Crown Heights, founded and run at the direction of the late Chabad-Lubavitch rebbe, Menachem Mendel Schneerson, and known as the "Rebbe's school," does not teach its students legally mandated secular subjects. It also allegedly covered up child sex abuse and the physical abuse of students.