Jews Should Give Up Kosher Slaughter, French PM Says

France's prime minister urged Muslims and Jews to consider scrapping their halal and kosher slaughter laws on Monday as President Nicolas Sarkozy and his allies stepped up their efforts to woo far-right voters. 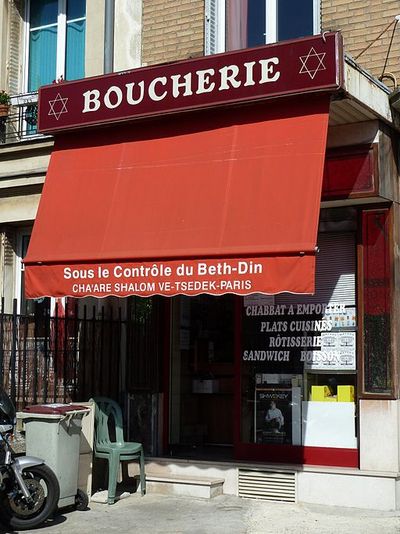 PARIS, March 5 (Reuters)- France's prime minister urged Muslims and Jews to consider scrapping their halal and kosher slaughter laws on Monday as President Nicolas Sarkozy and his allies stepped up their efforts to woo far-right voters.

Prime Minister Francois Fillon made the suggestion after Sarkozy called at the weekend for butchers to clearly label meat slaughtered according to religious laws and his allies warned immigrants might impose halal meat on French schoolchildren.

Fillon and other conservative leaders linked this tough stand on ritually prepared meat to issues such as immigration and French identity that the far-right National Front uses to tap into resentment against Europe's largest Muslim minority.

"Religions should think about keeping traditions that don't have much in common with today's state of science, technology and health problems," Fillon told Europe 1 radio while discussing the two-round presidential election ending May 6.

The "ancestral traditions" of ritual slaughter were justified for hygienic reasons in the past but were now outdated, he said. "We live in a modern society."

Mohammad Moussaoui, head of France's Muslim Council, said ritual slaughter was no more painful than modern methods and labelling meat as being prepared "without stunning" would feed resentment against the two minority religions using it.

"It will stigmatise Muslims and Jews as people who don't respect the interests of animals," he said. "That will raise tensions in society."

National Front leader Martine Le Pen launched the debate last month saying abattoirs around Paris only slaughtered meat the Muslim way. It turned out they mostly supplied local Muslim butchers and most meat sold in Paris came from further away.

The issue caught hold and Sarkozy's campaign countered with ever tougher statements on immigration and ringing defences of French civilisation and secularism -- code words implying some of the five million Muslims here did not share these values.

"This is quite possible, given the proportion of foreigners in some areas," he said when challenged on RTL radio on Monday.

Sarkozy's former Justice Minister Rachida Dati, a Muslim, told the daily Le Figaro such comments "mix up French Muslims and foreigners. French Muslims are citizens like any other."

The debate has also highlighted little-known aspects of the meat industry in France, where producers are mostly opposed to efforts by consumer groups to divulge their slaughter methods.

Halal and kosher slaughter demand that cattle are conscious before their throats are slit and blood drained. Non-religious butchers stun the animal first, saying this lessens pain.

Abattoir operators say killing cattle by both methods in the same slaughterhouse is too costly, so some use only the halal method because they can sell the meat to both Muslim butchers and supermarket chains for the general public.

Clearly labelling meat as "stunned" or "not stunned" would reveal how much religiously prepared food is being sold.

"Every time shoppers go to the meat counter, they'll see meat described as 'not stunned'," Moussaoui said. "That will look as if there was cruelty towards these animals."

If shoppers shun this meat, kosher beef could become very expensive because butchers for the Jewish minority -- at 600,000 the largest in Europe -- offset some of their costs by selling the expensive hind cuts of beef to non-kosher distributors.

Kashrut, or Jewish dietary laws, bans meat that touches the sciatic nerve along the back, buttocks and thighs of mammals. If kosher butchers cannot sell sirloin and filet mignon steaks to non-kosher shops, they will lose a key part of their business.

Jews Should Give Up Kosher Slaughter, French PM Says

France's prime minister urged Muslims and Jews to consider scrapping their halal and kosher slaughter laws on Monday as President Nicolas Sarkozy and his allies stepped up their efforts to woo far-right voters.