« What Should Be Done About Aharon Friedman's Refusal To Give His Wife a Religious Divorce? | Main | Why Metzitzah B’Peh Must Be Banned Immediately »

Posters promoting the 7 Laws of the Children of Noah post in Stamford Hill, London – presumably by Chabad followers – were reported to police as "homophobic." 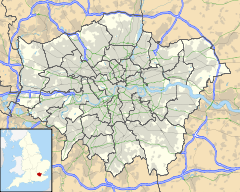 Posters condemning homosexuality have been found found glued to notice boards around Amhurst Park in Stamford Hill this week.

They were first reported by local residents and members of the community group East Bank West Bank Nature Reserve in February last year and have now been seen again.

The posters are titled “Making the World Into a Beautiful Gem.” They list the seven Noahide Laws of Judaism, which lay down the rules by which non-Jews can be seen as righteous according to the Torah.

The fourth Noahide law states: “Respect the family: do not commit immoral sexual acts,” and continues: “Nations which have condoned immorality – adultery, homosexuality, sodomy, incest – have never lasted long. Sexual immorality is the sign of an inner decay which spawns a ruthless society, bringing confusion into G-d’s life plan.”

Stamford Hill, which has a Haredi Jewish community of over 20,000 – the third largest in the world [sic]– is on the northern boundary of Hackney.

Official figures for the borough show a 10 per cent reduction in overall hate crime, including racially and religiously motivated incidents, over the past decade, but a rise in homophobic crime.

Residents are keen to see the homophobic posters dealt with by police.

“The posters aren’t attributed to anyone specifically, but they are clearly coming from someone who follows a strict form of Judaism, and it’s important that we don’t allow some of the condemnatory values expressed to find a platform in Stamford Hill just because we have a very strong Orthodox presence here,” says Lorraine Tillett, a member of East Bank West Bank Nature Reserve.

“We live in relative harmony here and it would be considered utterly unacceptable to display anti-Semitic writings; it should be regarded as equally serious when the claims are homophobic.”

Tillett, 62, said she had spoken to police officers after finding the first poster last year.

Posted at 08:31 AM in Chabad, Haredim, Homophobia and its Discontents, Religion, Religion & State | Permalink

Posters promoting the 7 Laws of the Children of Noah post in Stamford Hill, London – presumably by Chabad followers – were reported to police as "homophobic."