This much appears to be almost certainly true: Deborah Feldman, now 25, was born to Eugen and Shoshana Berkovic of Penn St., Brooklyn.  They were Satmar Jews – an insular sect that settled in Williamsburg after the Holocaust and lives in what some call a wholesale rejection of modernity. The problem is that much of the book appears to based on lies. 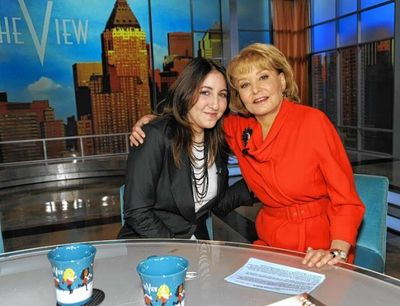 The second coming of James Frey? Hasidic Jews charge that one of their own has published a memoir full of lies
Alexander Nazaryan • New York Daily News Book Blog

The memoir is a devilish genre. The pull of embellishment must be great, for even the most ordinary life has its dull moments. Why subject your readers to the mundane, when one or two novelistic flourishes can add the necessary sheen? (Photo: Simon & Schuster)

And calling an enhanced memoir what it is – a novel – won’t do. Weaned on reality shows and social networking, today’s readers demand lived experiences. Invention doesn't cut it anymore.

Thus we arrive at James Frey, crying on Oprah’s couch because he had been unable to admit that “A Million Little Pieces” was not quite the truthful account he had claimed it was.

And thus we arrive, also, at Deborah Feldman, driving Barbara Walters to the verge of tears on “The View” on Feb 14.

But not because Feldman’s memoir, “Unorthodox,” had been revealed as a work of fiction. The women of “The View,” Walters especially, had the highest praise for her book, which they described as an honest account of the insular Hasidic community of Williamsburg, Brooklyn, that Feldman left after being forced into marriage at 17 and motherhood at 19.

But while Frey and Feldman could not come from more different backgrounds, they seem to have arrived in the same place, two memoirists having to fend off damning accusations of deceit.

Furor among Hasidic Jews has been building long before Feldman published her book – her writing initially appeared on her blog, Hasidic Feminist. Now that her book is receiving acclaim (with reviews calling her book “harrowing” and “poignant”), they are acutely angry that Feldman has gained literary success by portraying them as a backwards, repressive community.

And while some of what the Jewish blogosphere has said about Feldman is, itself, little more than vitriol, serious accusations have come out – on blogs like Failed Messiah and Exposing the Lies and Fabrications of Deborah Feldman, not to mention The Jewish Week and the venerable Forward, which called her book “more than ‘Unorthodox’”

This much appears to be almost certainly true: Deborah Feldman, now 25, was born to Eugen and Shoshana Berkovic of Penn St., Brooklyn.  They were Satmar Jews – an insular sect that settled in Williamsburg after the Holocaust and lives in what some call a wholesale rejection of modernity.

Feldman’s father has a low IQ and has held only menial jobs. Feldman went to the UTA Yeshiva, a highly religious school where Yiddish was spoken and secular literature was forbidden.

At 17, she was married to a man named Eli. At 19, she had a son. She and Eli moved to Kiryas Joel, in upstate New York, which they felt was a less suffocating environment than Brooklyn.

But by 23, she had enough. She left her husband, taking her son with her. She took writing classes at Sarah Lawrence College. She got a book deal with Simon & Schuster. Now, she is just another ordinary New Yorker.

Well, not ordinary. Most aspiring writers would murder to publish with the kind of publicity Feldman has received.

The problem is that much of her memoir may not be true, according to ardent critics. These include family members, neighbors and even New York State authorities.

In the book, Feldman charges her mother – who was apparently burdened by the pressures of Satmar life – with a “mysterious disappearance” when Feldman was a toddler.

In fact, it takes about 30 seconds to find Shoshana Berkovic on both Twitter and Facebook. She is a science teacher at New Utrecht High School and does not appear to have ever left Brooklyn. She did divorce her husband, as court records indicate. But that was in 2010, more than a decade after Feldman accuses her mother with leaving her behind. (Shoshana Berkovic / Facebook)

Feldman leaves out another relevant fact about her family – that she has a sister, now 17 and living with her mother. For reasons I cannot quite fathom, she entirely deletes her sister’s existence from what is supposed to be a truthful account of her life.

And while Feldman waxes poetic about how she had to sneak  secular literature (“Reading an English book is…a welcome mat put out for the devil”), neighbor Pearl Engleman distinctly remembers Berkovic taking both of her daughters to the public library on Fridays. “Flat-out lies” is what Engleman calls  Feldman’s description of her family life.

Feldman writes in great detail about her strict religious education in Williamsburg. But she fails to mention that she only attended the supposedly restrictive UTA for four years – and that only after being kicked out of a much more lax yeshiva in Manhattan, Bas Yaakov of the lower East Side. A cousin says that Feldman was expelled for making comments about sex.

Fascinating, but at the very least dubious. As Hella Winston of The Jewish Week first reported and the Daily News confirmed, the young man in question was seven years older than Feldman reported, and evidence from the coroner, the New York State police, ambulance workers who reported the crime and family members of the dead man all overwhelmingly suggest that they young man died from slitting his own neck.

An uncle of the dead man calls Feldman a “psychopath.”

And yet she persist in her claims. A post on her blog reads, “I can only be responsible for the things I write. I cannot be responsible for what reporters write. Misunderstandings, misinterpretations, and just plain getting the facts wrong is common in journalism. But anything I sign my name to, I will stand by.”

Nor will Simon & Schuster make her available for an interview. Her publicist sent me the following statement: “Deborah Feldman’s 'Unorthodox' is an inspiring memoir that recounts, from the author’s perspective, her experiences as a child growing up in the Satmar community, and her eventual departure from that life. We are confident that 'Unorthodox' accurately presents her deeply personal recollections of that journey.”

Feldman seemingly deals with that question in “Unorthodox” when she describes a novel she enjoyed as a teenager: “Even if the book claims it’s a novel, I read it like a breathtaking piece of raw journalism, because the stories detailed within are so current and real, they could be happening to me, and I know that the author must have at least based the book on her intimate life experiences.”

Not an answer that will comfort her many critics.

The Daily News has a shorter version of this Daily News book blog piece in its print/web edition. But that 'official' piece does not credit me or Hella Winston or The Jewish Week for uncovering Feldman's lies.

And that speaks volumes about what is wrong with much of the media, and itself throws a bit of light on how Simon and Schuster could stand behind  book predicated on lies.

This much appears to be almost certainly true: Deborah Feldman, now 25, was born to Eugen and Shoshana Berkovic of Penn St., Brooklyn.  They were Satmar Jews – an insular sect that settled in Williamsburg after the Holocaust and lives in what some call a wholesale rejection of modernity. The problem is that much of the book appears to based on lies.