Rabbi Adin Even Yisrael Steinsaltz has been selected as the first recipient of Israel's President's Prize, the selection committee announced today. 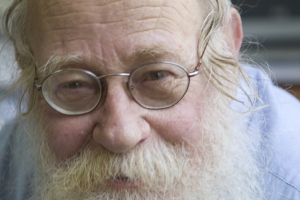 HaRav Adin Even Yisrael Steinsaltz has been selected as the first recipient of the Presidential Prize the selection committee announced today, Thursday, 16 Shevat 5772. The committee is made up of President Shimon Peres, former president Yitzchak Navon and former president of the High Court of Justice Meir Shamgar.

Rav Steinsaltz was a recipient of the Israel Prize in 1988 for his outstanding contribution to the field of education. The rav was hailed by Time Magazine as a “once-in-a-millennium scholar”.

Rav Steinsaltz, who was born in Yerushalayim, was not frum as a child, and studied mathematics, chemistry and physics in Hebrew University. He launched his Institute for Talmudic Publications in 1965, undertaking the monumental task of translating Talmud in the hope of making it more accessible for the many who are unable to learn. He translated Gemara into a number of languages, including Hebrew, Russian and English. In 1989, gedolei yisrael from the Litvish community placed a ban on his Gemara.

A follower of the late Lubavitcher Rebbe zt”l, Rav Steinsaltz played a role in assisting Jews behind the Iron Curtain, what was then called the USSR. He worked with shluchim in an effort to reach those lost Jews, under the direction of the late rebbe.

President Peres announced he is proud to begin this tradition, the new Presidential Prize, hoping this will begin a long-standing tradition. Officials in the President’s Residence explain this is in no way to be viewed as competition with the prestigious Israel Prize.

Rabbi Adin Even Yisrael Steinsaltz has been selected as the first recipient of Israel's President's Prize, the selection committee announced today.