« Settlers Allegedly Deface Christian Monastery | Main | Is The Brooklyn DA Hiding Documents That Would Implicate Him? » 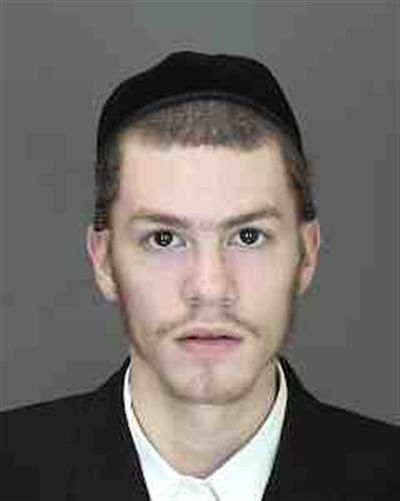 A sweetheart plea deal if there ever was one.

An 18-year-old New Square man accused of trying to kill his neighbor in an arson attack stemming from a religious dispute pleaded guilty this morning to first-degree assault.

Shaul Spitzer, who worked for the Hasidic Jewish community's rabbinic leader, faces a maximum of 10 years in prison. He admiitted lighting Aron Rottenberg on fire in front of his home early on the morning of May 22.

Rottenberg, who suffered severe burns in the attack, was in the courtroom when Spitzer admitted to the crime. He told the judge that he approved the plea deal.

Sentencing is set for April 17; Judge William Kelly says he will sentence Spitzer to no less than five years on jail.

Also, a settlement is being discussed in Rottenberg’s civil lawsuit against Spitzer and Grand Rebbe David Twersky that is expected to be in the $2 million range. Kelly said the agreement will ensure Rottenberg’s rights are respected within the village and allow him to sell his house.…

Note that my reporting shows Spitzer turned down a plea deal that would have seen him sentenced to 13 years for attempted murder.

Late last week, the Rockland County DA denied that report was true. He claimed no special pleas had been offered to Spitzer, and that the case would continue to trial this week.

And then, magically, Spitzer gets a plea deal better than the one I first reported and may get a sentence as low as five years – probably with a sentencing recommendation from the DA that will see Spitzer get preferential treatment with regard to where and how he serves his time.