An indictment filed with the Jerusalem District Court yesterday against three wives and three children of the leader of a religious cult details how he and his followers "educated" the cult's children through physical, mental and sexual abuse. 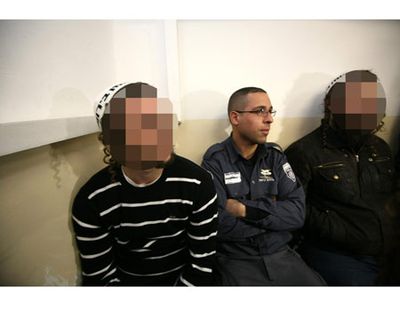 An indictment filed with the Jerusalem District Court on Tuesday against three wives and three children of the leader of a religious cult details how he and his followers "educated" the cult's younger members through physical and mental abuse.

In one of the incidents mentioned in the indictment, a child who took food from the kitchen without permission was sexually assaulted and ordered to remain completely naked for a week.

In another incident, the cult leader suspected that one of the children sexually abused one of his daughters. As punishment, one of the wives and two of the leader's daughters committed lewd acts against the child and placed his head into a bathtub filled with water – to the point where he almost suffocated.

The cult leader has 15 sons and daughters, 11 of whom are his biological children. All have been removed from their home and placed under care of social services.

The investigation into the cult began when social workers received a complaint by one of the women embroiled in the cult, alleging abuse.

A subsequent police search of the premises uncovered further evidence to substantiate the complaint, including restraints, stun guns and wooden rods.

According to the indictment, the children were whipped, interrogated by family members and were the victims of continuous sexual abuse.

The evidence suggests that the children, who were all home-schooled by the cult leader, were virtual prisoners in their home and were subjected to physical, sexual and emotional abuse by the male members of the cult.

The female members of the cult – both the leader's six wives and the wives of other members, were also physically and sexually abused by the leader.

The three wives and three children have been charged with committing lewd acts, abusing minors, sexual abuse and witness intimidation.

A few months ago D., the cult's leader and two other of its male members were charged with multiple counts of enslavement, abuse, sexual abuse, false imprisonment, rape, sodomy, indecent acts and aggravated assault. According to the prosecution, the leader would humiliate his wives and children, sexually assault them and even cause them to sexually abuse each other.

According to the prosecution, two of his children, who are minors, were charged with conspiring to interfere with the investigation by hiding key witnesses from the authorities. With the wives' knowledge, the children rented a house near the Sea of Galilee and stocked it with food, electrical appliances and other necessities.

In addition, the female defendants with one of the prosecution's female witnesses and tried to convince her not to testify by offering her gold rings, a diamond and NIS 2,000 (about $540).

The prosecution asked that the court extend the defendants' remand until the conclusion of all legal proceedings against them, citing public safety.

Attorney Boaz Kenig, who represents some of the defendants, said his clients have denied the charges and slammed the prosecution for filing "such a severe indictment based on the false testimony of a delusional minor."

An indictment filed with the Jerusalem District Court yesterday against three wives and three children of the leader of a religious cult details how he and his followers "educated" the cult's children through physical, mental and sexual abuse.