And when my mother left my father for good, Chaya took control of me too. She decided that I would live with my grandparents, that I would go to Satmar school, that I would marry a good Satmar boy from a religious family. It was Chaya who, in the end, taught me to take control of my own life, to become iron-fisted like she was, and not let anyone else force me to be unhappy.

So when did Feldman's mother leave Feldman's father "for good"? On July 30, 2010, when Feldman was about 23 years old, her mother Shoshana Berkovic posted a review of her divorce lawyer on Citysearch.

Note what she wrote:

I had been afraid to start applying for a divorce because I thought it'd be incredibly stressful and expensive. Seven years after I left my ex-husband I finally got the courage to go to a lawyer. I was pleasantly surprised to find out that the cost was actually pretty affordable, and that it was a relatively quick and easy procedure. Mr. Perskin explained what had to be done, and gave me what I needed to fulfill the requirements to apply for my divorce. I didn't have to wait as long as expected for the divorce to go through either; I was expecting to get the divorce document at the end of August, and here it is only the end of July! I would definitely recommend Brian Perskin to any of my friends here in the city.

What's the age Feldman tells her readers she was when her mother left?

The copy on the flap of her book says Feldman's mother "abandoned" the community when Feldman was a toddler. This is is supposedly why Feldman had to live with her grandparents.

Someone here is lying – Feldman or her mother.

Except her mother wrote her review long before the book was written, and she had no motivation to lie. And several people claiming to have known Feldman as a child support Feldman's mother's timeline.

Then we come to Feldman's claim that her mother abandoned the family. Shoshana Berkovic left, to be sure, but she did not leave alone. She left with Feldman's younger sister – a sibling Feldman does not admit exists.

Here is a story about a Brooklyn market in which Shoshana Berkovic mentions her teenage daughter. The story is from 2010, when Feldman was 22 or 23:

Another regular shopper at Union Square market is Shoshana Berkovic. A vibrant woman with sparkling eyes, she is a high school teacher who lives with her teenage daughter in Brooklyn.

Berkovic marvels at the freshness of the produce at the farmers market. Carrying an insulated bag with a frozen pack to keep things fresh, she regularly stocks up on the market’s fingerling potatoes, cucumbers, carrots, and tomatoes. She says, “The food here lasts much longer in the refrigerator.”

Berkovic laughs that her own cooking repertoire is somewhat limited. “I don’t have a big kitchen. So I mainly cut up things and cook them.”

With making sure that her daughter “eats healthy” as her priority, she says, “I am looking for different vitamins and I prefer to get them in food rather than a tablet.” She chuckles, “I usually forget to take my vitamins and calcium.”

As a teacher of biology and earth science in the New York City public school system, Berkovic has seen a marked change in the school’s cafeteria food in recent years. She says, “They have taken all the junk food machines out and have healthier alternatives.” Specifically, she has observed an increase in whole grain foods and low fat items. “I have seen a lot of improvement.” She sighs, “Of course they still serve french fries. They will always serve french fries. Some kids will only eat that.” She laments, “Kids are tough wherever you go. Kids are the same everywhere.”

And here is more proof. Note she writes "daughters" and mentions her five-year-old grandson: 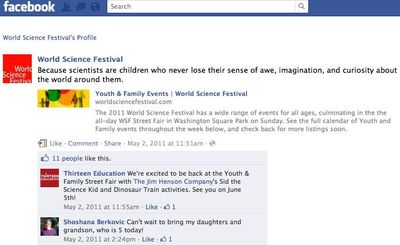 Simon and Schuster has a real problem here, because it seems the entire premise for Feldman's story is riddled with lies.

As for Feldman, she should look carefully at the contract she signed. I'm fairly certain there's a clause in it that will make her financially liable if Simon and Schuster has to pull the books.

And now looks like it will have to do just that.

Citysearch screenshots followed by a picture of Feldman's mother, Shoshana Berkovic, holding a copy of the NY Post with Feldman on the cover: 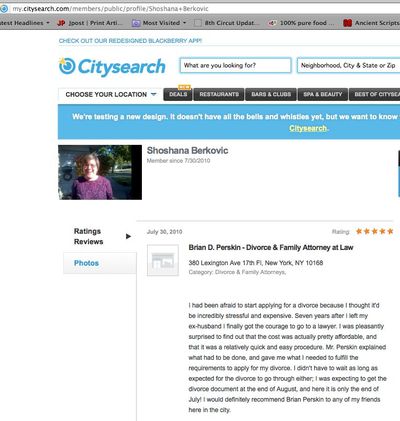 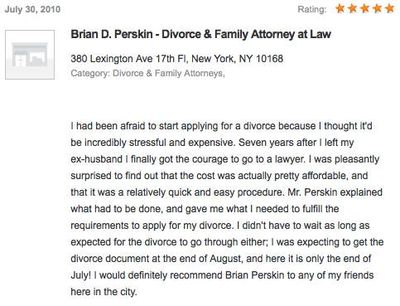 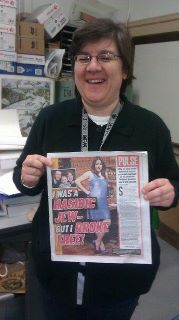 Posted at 01:44 AM in Books, Haredim, Skepticism & Former Haredim | Permalink