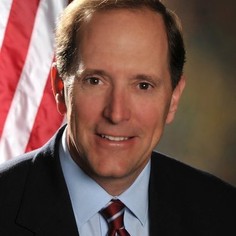 Camp, the chairman of the House Ways and Means Committee, employs a staff member, Aharon Friedman, who is the subject of intense anger from some in the Orthodox Jewish community for refusing to provide his wife with a Jewish divorce decree, known as a “get,” despite the finalization of their civil divorce nearly two years ago.

Friedman, a tax counsel for Camp who has worked for the Michigan Republican since 2007, must consent to the get in order for his ex-wife, Tamar Epstein, to remarry, have additional children or even for her to wear her hair uncovered as unmarried Orthodox Jewish women are permitted to do. Friedman’s detractors charge that his behavior amounts to “domestic abuse.”

The couple have engaged in a bitter custody battle over their daughter.

After the failure of years of quiet efforts in the Jewish community — including a nonbinding request from D.C.’s rabbinical court for Friedman to consent to the get and a national rabbinical court’s “declaration of contempt” against him — Epstein’s supporters have increasingly turned to more public methods, including openly pressuring the congressman to intervene.

The situation is awkward for Camp because it is rare that the personal lives of congressional staffers become political issues for members of Congress. But the influential committee chairman is being dragged into the highly unusual situation now that Friedman’s opponents have decided to thrust it into the public sphere.

Toward that end, an online campaign unfolded last week, encouraging Camp to pressure Friedman to agree to the get.

“We aren’t asking Dave Camp to fire Aharon Friedman. All we want is for Camp to require that Friedman stop abusing his wife. It is a pity to be known as the congressman who employs and encourages abuse of women,” reads a petition that has steadily increased the number of signatories over the past few days. As of Sunday, nearly 1,500 people have signed the petition.

Those supportive of Epstein also rushed to Camp’s Facebook page to demand he intervene.

“Representative Camp fails to recognize that get-refusal is not just a religious matter, but an issue of domestic abuse. Aharon continues to cruelly control Tamar’s life and constrict her freedom,” the Organization for the Resolution of Agunot, a Jewish organization dedicated to resolving get issues, said in a Wednesday email to its 3,000-member mailing list.

“We urge you to join our campaign and post a message EVERY DAY from now until Pesach [Passover] on Representative Camp’s Facebook wall,” the email continues.

“Withholding the Jewish divorce is about abuse because domestic abuse, at its core, is about control and restricting the personal freedom of another person,” ORA Executive Director Rabbi Jeremy Stern told POLITICO.

Camp’s Facebook wall was inundated Wednesday and Thursday with posts from those backing Epstein, but many posts have since been removed from the congressman’s page.

On Thursday, Camp’s office turned off a public posting feature on the Facebook page and declined to answer questions about why it did so. Public users can no longer add original posts to Camp’s wall, but can still comment on existing posts.

Rabbi Shmuel Herzfeld, the rabbi for Ohev Sholom, an Orthodox synagogue in Washington, D.C., that serves more than 300 families, told POLITICO that he will go further than the online campaign and intends to write a letter of complaint to the House Ethics Committee.

Herzfeld pointed to House Rule XXIII, which broadly states that an “employee of the House shall behave at all times in a manner that shall reflect creditably on the House.”

“He is acting in a way that is bringing shame to the House, and I think that’s a violation of House ethics rules,” said Herzfeld, who knows both Friedman and Epstein but is not directly involved in their legal cases. “He has chained her to a dead marriage. It’s cruel. It’s just cruel.”

A spokesman for Camp declined to comment, as did Friedman. Epstein could not be reached.

Petition In Support Of Tamar Epstein.