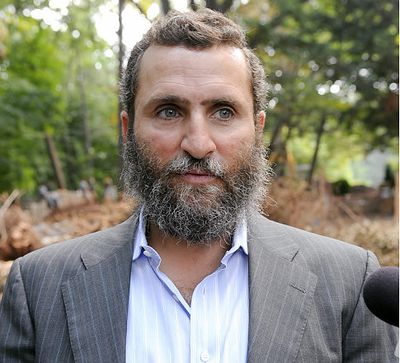 The claim critics make is that Rabbi Shmuley Boteach's book is based on one lone, discredited academic source and a couple da'at yahids, lone rabbinic opinions. (And from what I've read so far, the critics are correct. It is also clear that Boteach relies on very outdated sources, kind of like quoting a physics textbook written 50 years ago and then trying to act innocent as critic after critic points out that source is inaccurate.)

In response, Shmuley essentially says, so what? If you're not going to 'excommunicate' these lone rabbinic sources, you can't touch me!

That might make some sense (not a lot of sense, mind you, just a little bit of sense) if Boteach's book acknowledged that the vast majority of rabbinic opinion throughout history is against him, and if he acknowledged that Haim Maccoby, the academic scholar he relies on, was completely rejected across the board by other academics, dozens if not hundreds of them.

But Boteach does not do that.

Worse than that, his methodology basically come down to this: any New Testament verse that opposes Jewish law as we now understand it is false. These verses are deemed later interpolations by Boteach. But all verses which could be said to be in concert with rabbinic law are "kosher" and the authentic words of Jesus. And Boteach does this without any noticeable scholarship to back him up.

At any rate, here's the slurping egomaniac using sophomoric debating tricks (like interrupting and stepping on his opponents as he feigns outrage over his opponents doing the same to him), to defend his book without being able to cite even one scholarly or rabbinic figure who endorses it.

The audio runs for over two hours. If you need to stop and start the audio, listen on Talkline's website where the audio player's controls are better. Otherwise, please click the gray bar to listen: