"The successes are fabulous," she says. "We have a lot of Ethiopian students at the university level, and they are coming out working in free professions, particularly law and now teaching." She also points to Ethiopians in the Knesset, singers, actors, cinematographers and producers, as well as "A Star is Born 9" winner Hagit Yaso and soccer player Baruch Dego. She says statistics can be confusing because it is unclear which groups people are talking about - new immigrants [i.e., Falash Mura] or veterans. 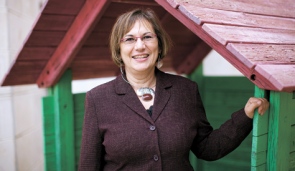 A series of encounters beginning a century ago is fueling the passion of an Anglo-Israeli researcher whose report on domestic violence in the Ethiopian Jewish community caused a stir in the Knesset this week.

Dr. Shalva Weil, an authority on Ethiopian Jews, testified in Knesset on Wednesday regarding her 2009 report on the alarming instances of Ethiopian husbands killing their wives and recommendations to combat the phenomenon. The document was buried for two years, with the Immigrant Absorption Ministry claiming it contained sensitive material that could violate people's privacy. Parts of the censored report were revealed in an article by Haaretz last week.

Weil - who holds a D. Phil in anthropology - has dedicated her life's work to the Ethiopian community, as well as to the Bene Israel Jews of India. But Weil, who immigrated from London, says she most likely would not have had that drive if it weren't for the stories her late father told her when she was a child about two "black boys" he knew from the family's shul in England.

"In London my father David Dimson - who died at the age of 99.9 last year - went to synagogue and sat next to "two little black boys" who were Falashas. The term wasn't politically incorrect then - it was something positive - and those two boys were brought there by Dr. [Jacques] Faitlovtich in the 1920s," Weil told Anglo File this week in her office at the Hebrew University of Jerusalem. Faitlovitch is credited with reconnecting the Ethiopian Jewish community with world Jewry starting in 1905 and spent 30 years bringing students to Europe so they could return to Ethiopia to teach their brethren about normative Judaism.

"I was brought up with a very orthodox but a very liberal attitude toward people and always accepting these minority Jewish groups," says Weil.

A senior researcher at the Research Institute for Innovation in Education who immigrated to Israel in 1972, Weil has worked with the community since she was a student advocate in the 1970s, before Ethiopian Jews received official permission to immigrate. She started her own teacher training course in the late 1980s and for the last 12 years was the director of the Program for Excellence in Educational Leadership among Ethiopian Jews, which has more than 100 graduates working in the community. The program closed this past year due to lack of funds.

The report Weil issued that was subsequently buried by the Immigrant Absorption Ministry is indicative of a general problem with the government that she says she finds frustrating: the waste of funds deriving from a misunderstanding of the community's needs. Very few independent reports have been commissioned over the years, she says, with even less follow-up.

"Research is a dirty word in all circles today, particularly ministerial circles," she says. "The second you invest money in research, people will scream you should be putting that money into helping poor children or giving them clothes or giving them pens for school, or an immediate solution."

Weil stresses, "There is so much money poured into the Ethiopian Jewish community and very little comes out of it because it's a patchwork quilt. They don't know what they are actually trying to improve." Moreover, she explains, every community is different from the one that preceded it, particularly concerning the current wave of Falashmura, whose families were converted to Christianity and know next to nothing about Judaism. Weil says this problem could be corrected if the government would do a "proper ethnography on the Falashmura."

Weil says she strongly recommended teaching Israeli norms having to do with relationships between husbands and wives to Falashmura while they are still in Ethiopia in order to preempt the disturbing wife-killing trend. "They spend years there waiting," she says. "They've got lots of time to learn all these things."

While she says the Ethiopian Jewish community has enjoyed broad support from Israeli society - "except for a tiny minority of people like the bus driver who said stupid things about Ethiopians, which he also might have said equally about Kurdish Jews or some other ethnic group" - Weil acknowledges frustration in the community that has hardened their feelings toward white Jews.

She says the turning point was 1996, when it was revealed that the government had dumped blood en masse donated by Ethiopian Jews for fear of HIV contamination. In the 1980s, "I never noticed I was white, but in recent years I've been made to notice the difference," she says.

Distress also stems not only from the problems of suicide and substance abuse, but also "ghettoization," she notes. "In the days of Yair Tzaban [Meretz] when he was absorption minister, he specially put the Ethiopians in areas he defined as 'strong,'" she says. "What in practice happened is that they became a ghetto like the Kiryat Moshe quarter in Rehovot, so that is very frustrating."

Weil says she has gone from being totally accepted in the 1980s to being a "farange," an outsider. She says she has dealt with this challenge by making a switch. For example, she made Moshe Solomon, one of her most gifted graduates of the educational leadership program she started, the program coordinator and took a low profile. Still, she says, not a day goes by when she does not get a phone call or visit from at least one or several members of the community.

Despite what she describes as "a festival about discrimination and racism" by the media, Weil says the overall trend in the Ethiopian Jewish community in Israel is positive.

"The successes are fabulous," she says. "We have a lot of Ethiopian students at the university level, and they are coming out working in free professions, particularly law and now teaching." She also points to Ethiopians in the Knesset, singers, actors, cinematographers and producers, as well as "A Star is Born 9" winner Hagit Yaso and soccer player Baruch Dego.

She says statistics can be confusing because it is unclear which groups people are talking about - new immigrants or veterans.

"Many people will be on welfare lists, but if you go to an Ethiopian wedding it's rich - there's tons of gold jewelry and beautiful dresses, liquor flows and it is altogether a very high standard of wedding that you would never have seen in Ethiopia," she says. "And there's lots of travel between Ethiopia and Israel. People are going on holidays and mini-business expeditions. There are loads of young businessmen now doing quite well in charge of import/export between Ethiopia and Israel. There are many very positive things going on."

Weil, who gave official Ethiopian names to some of her four children, says her most satisfying successes are the people she worked with or brought over from Ethiopia. "I saved some people in the '80s and they are walking around and they are great," she says with a smile. "I feel that is much more satisfying than any of my publications or books because they are real people and they are building good lives."

"The successes are fabulous," she says. "We have a lot of Ethiopian students at the university level, and they are coming out working in free professions, particularly law and now teaching." She also points to Ethiopians in the Knesset, singers, actors, cinematographers and producers, as well as "A Star is Born 9" winner Hagit Yaso and soccer player Baruch Dego. She says statistics can be confusing because it is unclear which groups people are talking about - new immigrants [i.e., Falash Mura] or veterans.