The Lies Of Caroline Glick

The right wing columnist and apologist takes on media coverage of haredi attacks on women and girls – and lies to do it. 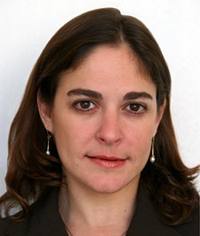 Caroline Glick is an offensive person.

Here's how Glick describes her upbringing and education:

I grew up in Chicago's ultra-liberal, anti-American and anti-Israel stronghold of Hyde Park. Hyde Park's newest famous resident is Barack Obama. He fits right into a neighborhood I couldn't wait to leave.

I made aliyah to Israel in 1991, two weeks after receiving my BA in Political Science from Beir Zeit [the Palestinian university located on the West Bank, which is a hotbed of anti-Israel sentiment] on the Hudson -- otherwise known as Columbia University. I joined the Israel Defense Forces that summer and served as an officer for five and a half years.…

That a person who describes Hyde Park and Columbia University in this fashion and using this language is a columnist for the Jerusalem Post is troubling.

An ideologue, facts which disagree with Glick's ideology are discarded at will, and the truth is what she can make of it, not what it actually is.

Never has that been clearer than in her January 2 column for the Jerusalem Post defending the Netanyahu Government and haredim. Glick wrote:

…And as secular Jews become more religious, both the national religious and ultra-Orthodox sectors are becoming increasingly integrated in nonreligious neighborhoods and institutions. Ultra-Orthodox conscription rates have increased seven-fold in the past four years. In 2010, 50 percent of ultra-Orthodox male highschool graduates were conscripted.

While this is still below the general conscription rate of 75% among male 18-year-olds, the rapid rise in ultra- Orthodox military service is a revolutionary development for the sector.

With military service comes entrée to the job market. The trend towards employment integration was blazed by ultra-Orthodox women. Over the past decade, ultra-Orthodox women have matriculated en masse in vocational schools that have trained them in hi-tech and other marketable professions and so enabled them to raise their families out of poverty.

These ultra-Orthodox women, who are now being followed by their IDF veteran husbands, are part of a general trend that has seen women fully integrated in almost every sector of society and the economy. The fact that women make up the senior leadership echelons in both business and government is not a fluke. Rather it is a product of the largely egalitarian nature of Israeli society.

True, as is the case everywhere, Israeli women suffer from male chauvinism.

And like the rest of the world, Israel has its share of sexual abusers, rapists, and criminal and social misogynists. But imperfection does not detract from the fact that women in Israel are free, educated, empowered and advancing on all fronts.…

That Glick defends Netanyahu isn't surprising. She was once one of his senior advisors. And in this offensive column Glick says the leftist media is using haredi violence to club Netanyahu's government.

I have not been able to find Glick's source for her claim that in 2010 50% of haredi high school seniors were conscripted, and the numbers I did find would seem to prove Glick wrong:

About a thousand ultra-Orthodox young men mustered into special Israel Defense Forces service tracks during the past year, according to 2010 wrap-up statistics compiled by the army's personnel division, obtained by Haaretz.

This figure represents a 25 percent increase in the level of Haredi conscription compared with 2009.

The overall haredi population of Israel is estimated to be over 700,000. Were there really only 2,000 male haredi high school seniors in Israel in 2010?

St. Paul, Minnesota, which has a population of about 300,000, has that many seniors enrolled in public high schools and has probably an equal number enrolled in private and religious high schools, meaning it has about the same number of male high school seniors as Glick claims Israli haredim have.

So Glick's 50% number seems far-fetched, to say the least – especially when you factor in the extremely high haredi birth rate.

On top of that, Glick 'forgot' to mention supreme haredi leader Rabbi Yosef Shalom Elyashiv's ban on army service and secular education, published on the front page of the Yated Ne'eman newspaper one week before her column and widely covered in the Israeli press.

Glick is similarly dishonest with regard to media coverage of her beloved West Bank settlers, as you can see by reading her column.

Glick isn't arguing for a different way to understand the statistics and the facts – she's manipulating those statistics and facts or omitting them entirely in order to lead you to the conclusion she wants you to reach.

This is extremely unethical and dishonest.

Even if her 50% figure is somehow correct, her omission of Rabbi Elyashiv's ban on army service and secular education and the lack of clear condemnation by Ashkenazi leadership like Rabbi Elyashiv of the violence against women and girls is reprehensible.

A lie of omission is still a lie.

The really sad thing is that tens of thousands of gullible Diaspora Jews and Christians will believe Glick anyway because she writes with the imprimatur of the Jerusalem Post and they don't really know any better – nor do they want to.

None of us can do much about that willful blindness, but Glick should no longer receive the Post's imprimatur. After all, the truth does matter.

Here's Glick's column as a PDF file, just in case the Post pulls it:

About Caroline Glick, written by Glick and published on her website, as a PDF file:

The Lies Of Caroline Glick

The right wing columnist and apologist takes on media coverage of haredi attacks on women and girls – and lies to do it.