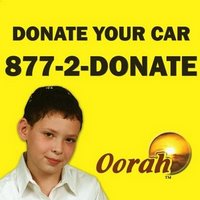 Oorah is a sister charity of Kars-4-Kids (which itself is an arm of Joy For Our Youth, which apparently does nothing other than run Kars-4-Kids) and shares management and offices with Kars-4-Kids. Oorah receives and disburses almost all the money Kars-4-Kids raises. Oorah runs missionary summer camps and other missionary programs and grants yeshiva scholarships in attempts to convert non-Orthodox Jewish kids to ultra-Orthodoxy but has no non-sectarian purpose or programs.

In 2009 Kars-4-Kids settled lawsuits brought by the Attorneys General of Pennsylvania and Oregon allegeding Kars-4-Kids advertising was deceptive because it misled donors – mostly non-Jews – about the programs Kars-4-Kids supported by making Kars-4-Kids appear to be a non-sectarian charity that helped poor kids in danger of homelessness, drug abuse and falling into criminal behavior when in actuality almost every penny Kars-4-Kids raised after overhead went to ultra-Orthodox missionary activity directed exclusively to non-Orthodox Jews.

Kars-4-Kids settled with each state for tens of thousands of dollars while also agreeing to alter the claims made by its advertising.

Oorah is suing RJJ for violating the beit din's order not to comment on its decision or the case in general when RJJ's president, Marvin Schik wrote about it in the RJJ newsletter in 2008.

All of this information (and more) has been reported on FailedMessiah.com previously.

The only new information is that the Forward reported earlier today that the trial portion of RJJ/The Jewish Foundation School's federal lawsuit against Kars-4-Kids/Joy For Youth/Oorah began in federal court in Brooklyn Monday.

An Orthodox Jewish charity known for its omnipresent radio jingles has lost a federal lawsuit over $300,000 in scholarships that were allegedly promised to Jewish day school students.

A federal jury found in favor of the school on January 12 for the full amount demanded.…

The dispute over the alleged breach of contract has yet to be settled. But in its response to Oorah’s allegations, the school counter-sued in Brooklyn Federal Court, claiming that it was owed $375,100 in unpaid tuition.

The jury trial that began January 9 and ended January heard those claims.…

The trial ended January 12, though further proceedings in the case could determine outstanding questions regarding the original breach of contract claim.