« Is There No Stopping The Flood? | Main | Haredi Supreme Leader Bans Mishpacha Magazine »

When a high-profile individual publicly departs from a community, it should be used as an opportunity for introspection on behalf of community leaders and members. The first question such leaders should ask themselves is why they need to attach such massive importance to externalities and communal rules. 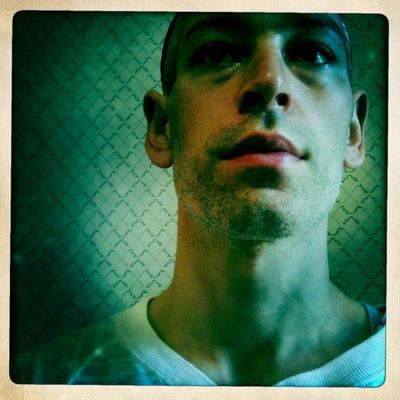 Hasidic Judaism must reshape itself by loosening some restrictions which are no longer relevant, allowing more individual self-expression

By now many people have weighed into what must have been a very private decision for a famous individual. Of course I am talking about Matisyahu’s beard or lack thereof.

It is not my position to judge Matisyahu and say that he was either right or wrong. Over the course of history there have been many very pious Jews who had clean shaven faces. There is no reason for me to assume the Matisyahu is any different from that prototype.

Nonetheless, for a Hasidic Jew the beard and Peyot (sidelocks) are not just symbolic on a Kabbalistic level; they also represent fidelity to the Hasidic community and its ideals, values and norms.

I recall as a child a close family member started to feel disenfranchised from our Hasidic community, and as that evolved it culminated in him shaving his beard.

As a child, that one act devastated me because it was the final step in him removing himself from the community. And somehow it felt as though a close family member was distancing himself from us as a family as well.

As a grownup, of course, I see this very differently – people are individuals and it is vital that they be allowed to express themselves in an authentic manner. But all of this raises a much larger issue, one that Orthodoxy in general and the Hasidic community in particular needs to address head on.

Despite his claims to still be going to shul and visiting the ritual bath house known as the mikveh each morning, Matisyahu has clearly broken from the Hasidic community. And in his explanation of why he did so, he hit on the core of what makes the Hasidic way of life so difficult and unattractive to so many.

The community has become more about adhering and conforming to a set of communal norms and rules than about real spiritual development and practice. The fact that a beard and a dress code – all external aspects – take such importance is but one example of this.

To be clear, Matisyahu is not the first person to decide that the Hasidic community and way of life is not for him – he is merely a high profile individual who has come to that conclusion. There are thousands of others who feel the same way, whilst some have found the courage – like Matisyahu – to leave, others remain within the community just keeping up appearances.

Yet when a high-profile individual publicly departs from a community, it should be used as an opportunity for introspection on behalf of community leaders and members. The first question such leaders should ask themselves is why they need to attach such massive importance to externalities and communal rules.

Hasidism and traditional Judaism in general has so much to offer in terms of spirituality, values and way of life. Tragically, however, when one gets on the inside of a haredi community there are so many different trends, norms, allegiances and conformities to keep up to, many of which have so little to do with spirituality, God or religion, that one misses the forest for the trees.

In many ways Matisyahu is right, although rules breed discipline which is vital for success in any endeavor, an excess of rules leads to rebellion especially when many of them lack real meaning, common sense and relevance.

The fact that Matisyahu’s shaving his beard led to a reported mass beard shaving by youngsters within some Hasidic communities just shows how tenuous a hold some of these rule have over young community members.

I am certainly not advocating compromising Torah and mitzvoth, which are the basic tenants of the Jewish faith. It seems that neither was Matisyahu. Clearly, however, communities shape Judaism in their own image and more often in the images of their leaders. But what may have worked well even a generation ago seems to be working less well today.

Communities and their norms therefore must evolve to remain relevant to the next generation. For many in our communities this is not happening. Matisyahu shaving his beard, and the many copycats who have done the same, should serve as a wakeup call to start thinking how to reshape our community so that it remains relevant going forward.

Hasidic Judaism needs to start with loosening some of the restrictions which are no longer relevant and allowing more individual self expression. I suggest that to begin with we begin to properly educate children so that they can also have opportunities in multitudes of careers.

In addition, we should stop placing so much emphasis on externalities such a dress code and appearances. As long as simultaneously there is an increase in honesty, spirituality and meaning this will not hurt the community at all, on the contrary, it will only serve to edify it.

Posted at 05:07 AM in Haredim, Matisyahu | Permalink

When a high-profile individual publicly departs from a community, it should be used as an opportunity for introspection on behalf of community leaders and members. The first question such leaders should ask themselves is why they need to attach such massive importance to externalities and communal rules.