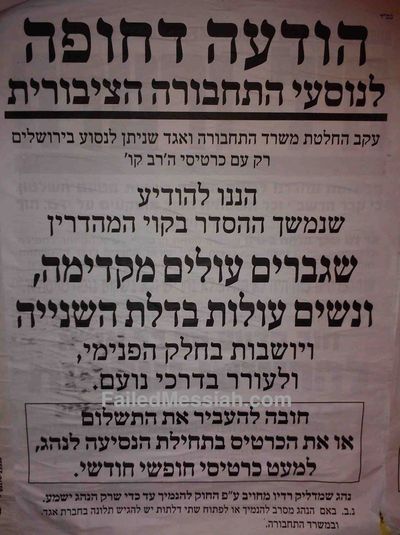 The poster was photographed in Ramot Gimmel about one hour ago.