A woman's refusal to sit at the back of a Jerusalem-bound bus as demanded by ultra-religious Jews moved Prime Minister Benjamin Netanyahu on Sunday to warn about the dangers of gender segregation in Israel. 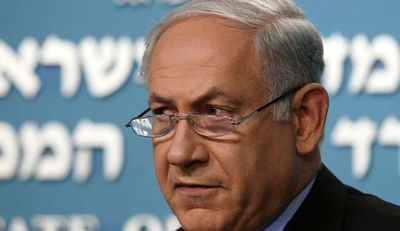 JERUSALEM, Dec 18 (Reuters) - A woman's refusal to sit at the back of a Jerusalem-bound bus as demanded by ultra-religious Jews moved Prime Minister Benjamin Netanyahu on Sunday to warn about the dangers of gender segregation in Israel.

The Facebook-fuelled protest by 28-year-old Tanya Rosenblit aboard a public bus on Friday became front-page news in Israel, whose secular Jewish majority often frets at signs of the rising political power of the pious.

The episode followed widespread outrage at zealot settlers in the occupied West Bank who have vandalised Palestinian property and turned on Israel's revered conscript military by rioting at one of its garrisons.

"Israeli society is a complex mosaic of Jews and Arabs, of secular and religious and ultra-Orthodox, and to this day we have agreed to peaceful coexistence," Netanyahu told his cabinet in broadcast remarks.

"Recently we have witnessed attempts to fray this coexistence," he said, citing Rosenblit's experience. "I totally oppose this. I think that we must not let fringe groups dismantle our common ground, and we must preserve public spaces as open and safe spaces for all the citizens of Israel."

Several gender-segregated bus routes cross ultra-Orthodox neighbourhoods in Jerusalem. Under Israeli law, women are not obliged to sit in the back of the vehicles but many do so out of deference to tradition or under scrutiny by male passengers.

Rosenblit, who describes herself as a producer for a Jewish news service, said she had been aware that the bus she had taken catered to the ultra-Orthodox and she had dressed conservatively so as not to cause offence.

But she sat up front and refused to move when the bus reached a religious neighbourhood, prompting one man to curse her and block the doorway, while several others watched until police came and removed him, Rosenblit said.

"It was frightening. An almighty ruckus. Most of them looked at me like a strange statue or a space alien," she told Israel's biggest-selling newspaper, Yedioth Ahronoth. "The man who started all the outcry shouted, 'This is our line!'"

"There are a lot of marvellous things in religion, but it must not be used as an excuse to harm basic human rights," said Rosenblit.

Yedioth compared her to African-American Rosa Parks, who served as a catalyst for the U.S. civil rights movement by refusing to give up her seat to a white passenger on an Alabama bus in 1955.

The black-garbed ultra-Orthodox Jews, known as "Haredim" from the Hebrew term for the "dread" of God evinced in their stringently ascetic and patriarchal lifestyles, make up only about 10 percent of Israel's population of 7.7 million.

But they constitute around a quarter of Jews in the holy city of Jerusalem, and their high birthrates and bloc voting patterns have helped them secure welfare benefits and wider influence in society.

"We have no authority to come and impose our will on the whole community," said Yona Metzger, one of Israel's two state-appointed chief rabbis, in a radio appeal that was unlikely to resonate among Haredim who heed their own religious leaders.

Transportation Minister Israel Katz pledged to step up enforcement of the ban on forced segregation on public buses.

Rosenblit said the policeman summoned to deal with her case on Friday at first asked her if she would consider "respecting them (Haredim) and sitting in the rear". A police spokesman did not dispute that account.

"I answered: 'I have respected them enough by dressing modestly,'" Rosenblit said.

Related Post: Cops Tell Woman To Move To The Back Of Public Bus After Haredim Complain.

A woman's refusal to sit at the back of a Jerusalem-bound bus as demanded by ultra-religious Jews moved Prime Minister Benjamin Netanyahu on Sunday to warn about the dangers of gender segregation in Israel.