« Despite Laws, There Are Few Penalties For Failing To Report Child Sex Abuse | Main | Video: What's In A Name – Especially When Hundreds Of Your Friends, Family And Neighbors Have That Name, Too? »

Move To The Back Of The Bus

Four years have passed since ultra-Orthodox men forced novelist Naomi Ragen to move to the back seat of a bus. A High Court petition and a revolutionary ruling were apparently not enough to change the treatment of women. High Court rulings are ignored by Israeli bus companies, and bus drivers and police favor males. 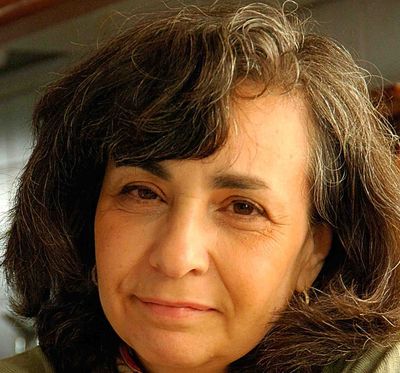 Ragen: Court authorized exclusion of women
In 2007, Orthodox novelist petitioned High Court after being forced to sit at back of bus, but judges approved continued segregation on 'kosher' lines. 'Years have passed, nothing has changed,' she tells Ynet
Aviel Magnezi • Ynet

Four years have passed since ultra-Orthodox men forced novelist Naomi Ragen to move to the back seat of a bus. A High Court petition and a revolutionary ruling were apparently not enough to change the treatment of women.

Talking to Ynet on Sunday following Tanya Rosenblit's refusal to sit at the back of a bus, Ragen recounted her private incident, which led to the court petition, and shared her feelings in regards to the exclusion of women from the public sphere.

"Rosenblit's story takes me back to what I experienced four years ago," Ragen says of her trip on a "kosher" bus. "I was sitting on the bus on my own. I didn't even know there were such bus lines.

"Suddenly I was approached by a haredi man who told me to move to the back. I said to him, 'Listen, I'm not bothering anyone. This is a public bus and I'll sit wherever I want.' Another man arrived and began shouting and cursing me the whole way. It was just like a lynching attempt. I got off the bus in tears."

In January, following a petition against the exclusion of women on buses, the High Court adopted an arrangement initiated by the Transportation Ministry. The judges ruled that forced segregation between men and women on "kosher" lines was illegal, but allowed populations interested in this separation to continue doing so, as long as no violence was used.

The High Court permitted bus drivers to let women get on the bus from the back door in order to allow separation with consent, and ruled that the Transportation Ministry would enforce the arrangement through a supervision system.

The judges also ruled that the Egged company would place signs on its buses clarifying that every passenger may use any vacant sear, as long as it is not intended for disabled people. In order to ensure that the separation was being implemented according to the arrangement, the court allotted a trial period of one year (starting February 2011).

Ragen believes that the High Court ruling helped authorize the exclusion of women. "The judges decided that a woman may sit anywhere on the bus, but decided not to stop the 'kosher' line issue and instead look into the feasibility of this situation out of consent and good will.

"They decided on a trial period of a year, to check whether this could be done with consent rather than completely ban the 'kosher' lines. In their decision, however, the judges basically authorized the exclusion of women by having them enter the bus from the back door. This small thing made them believe that everything is permitted.

"There was a very clear decision by the High Court, that a woman can sit wherever she wants, and there must be signs about it on all buses. There are no such signs; they have all been removed.

"The court asked the drivers to get involved and defend the women. Drivers don't do so, and when they are asked to intervene – they support the men. The police must also defend the women and enforce the law. We see that the police are failing to enforce the State's laws, but are asking women to move to the back and avoid causing trouble."

Ragen is calling on the High Court to reexamine the issue. "The court's ruling isn't being honored, and therefore the judges must reconvene, say that the trial has failed, and put an end to it.

"They must simply ban these buses, stop this segregation. It can't be done any other way, it's a complete failure. Years have passed and it's like nothing has changed."

She views this exclusion of women as part of a general social trend in Israel. "It's a shame that we are giving in to violence on every level in our country. Everywhere – in court, on buses. Everywhere haredim have the upper hand, and it's extremely scary."

Move To The Back Of The Bus

Four years have passed since ultra-Orthodox men forced novelist Naomi Ragen to move to the back seat of a bus. A High Court petition and a revolutionary ruling were apparently not enough to change the treatment of women. High Court rulings are ignored by Israeli bus companies, and bus drivers and police favor males.