Eight-year-old Na'ama Margolis from Beit Shemesh, who has become one of the symbols of the struggle against the exclusion and degradation of women by haredi extremists, returned to school on Thursday morning. 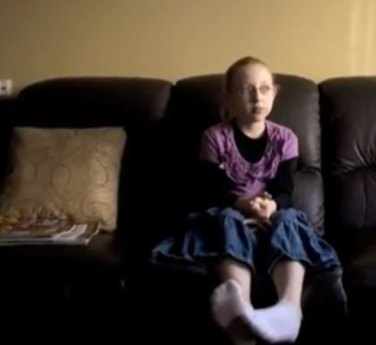 Symbol of struggle against fanatic haredim returns to school
Eight-year-old Na'ama Margolis, who became symbol of battle against haredi extremism in Beit Shemesh returns to school after Hanukkah break. 'It feels like we're on way to victory for entire State of Israel,' says her mother
Omri Efraim • Ynet

Eight-year-old Na'ama Margolis from Beit Shemesh, who has become one of the symbols of the struggle against the exclusion and degradation of women by haredi extremists, returned to school on Thursday morning, after the Hannukah break.

Education Minister Gideon Sa'ar, who also paid a visit to the religious elementary school, said "violence and hooliganism will not bear any fruit. The police are working hard to prevent any disturbances in the school."

Margolis drew nationwide attention last week after she was spat on by a haredi man who claimed she was not dressed "modestly enough."

The girl's mother, Hadassah, said she hopes the family can put the affair behind them: "I hope that from now on everything will be nice and quiet. Na'ama woke up this morning like any other kid, and she also hopes that everything remains calm."

"The feeling is that we're on the way to a victory for the entire State of Israel," Hadassah added.

Asked whether the city's different communities could continue living side by side, Margolis said, "We always lived together and it worked out. The problem is with the extremists, but I trust the State and the police to protect us."

However, some parents at the school claimed the affair was blown out of proportion. One mother noted that "it was wrong to throw stones or spit, but the communities here are nonviolent. Everything was exaggerated. We live in peace with each other," she noted.

Another parent added that "media coverage in recent days only fanned the flames and took the whole matter out of proportion."

Meanwhile, haredi elements said they plan to hold a protest Thursday evening against the "crude intervention of authorities in the affairs of the city."

City rabbis called on their followers to avoid clashes with school children, their parents or the school staff, and remain inside their neighborhood. Haredi "ushers" will be deployed around the neighborhood in order to prevent protesters from gathering near the institution.

Gilad Morag contributed to this report.

Eight-year-old Na'ama Margolis from Beit Shemesh, who has become one of the symbols of the struggle against the exclusion and degradation of women by haredi extremists, returned to school on Thursday morning.