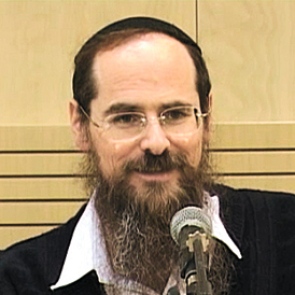 Israeli government funds yeshiva whose rabbi preaches against the state
Rabbi Shmuel Tal, head of the Torat Haim Yeshiva, calls the state an 'abomination' and says he has cut himself off from 'the secular leadership.'
By Chaim Levinson • Ha’aretz

Some NIS 15 million has been allocated to a yeshiva in Yad Binyamin over the past five years by the Education Ministry - although its head preaches against the state, Haaretz has learned.

Since the yeshiva was evacuated from Neveh Dekalim in Gaza and relocated to Yad Binyamin, a small, religious community in the southern coastal plain, it has received, in addition to its regular funding from the ministry's Torah department, special additional funding paid to all educational institutions evacuated during the disengagement from Gaza.

Last year alone, Tal's yeshiva received NIS 3.8 million - the 30th largest budget out of 1,206 Torah institutions funded by this department that include ultra-Orthodox yeshivas, hesder yeshivas (which combine army service ), Torah institutions for women, and others.

Tal, a member of a veteran religious-Zionist family (his brother, Nahum Langental, is a former National Religious Party MK ), was one of the leading rabbinic figures in the Gush Katif settlement bloc in Gaza.

Shortly before the disengagement in 2005, Tal started manifesting radical anti-Zionist positions, and the Israel Defense Forces feared that the yeshiva would be a focal point for particularly strong resistance to the evacuation. But to everyone's surprise, Tal left the Strip quietly.

After reestablishing his yeshiva in Yad Binyamin, Tal started preaching against the state. In a symbolic gesture he has canceled Independence Day celebrations at the yeshiva and is teaching students that the state is defiled and is "fighting God."

In an interview to the religious Mishpacha weekly in 2007, he elaborated on his worldview, saying "the leadership in general, and all its components - the government, the media, justice and academia, culture - is one that defies God's kingship.

"There are two realms here that totally conflict with each other," Tal added. "We must decide: Is God the king, or heaven forbid, the leadership that denies him and fights against everything he holds holy and dear?"

Tal said he had cut off contact with the "secular leadership and culture. We turn the other cheek, announce loudly we'll continue serving in the army with no preconditions, hug the soldiers who evicted us and even pray for the health of the expeller. Have we lost our minds?"

Tal's anti-Zionist position is reserved specifically for the government, not society in general. Since the disengagement, he has been stressing the need to become more involved in Israeli society. For example, he sent a group of older students from his yeshiva to form a garin Torani (religious outreach group ) in Upper Nazareth. He has also established schools for acting, media studies and psychology. He encourages his students to serve in the ultra-Orthodox Nahal unit or to do civilian service.

Officials in the Education Ministry said, "The Torat Haim Yeshiva is funded by the ministry according to the criteria set for such yeshivas. The ministry emphasizes that every institution that receives budgetary support is regularly inspected every few months, including this yeshiva. The yeshiva has been passing all its inspections."

Tal refused to respond to this report.