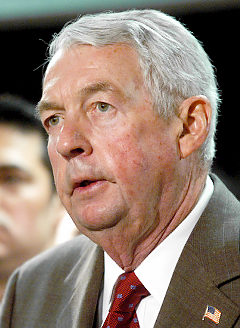 But critics say the secrecy keeps neighborhoods in the dark about child predators in their midst and panders to the politically powerful ultra-Orthodox.

“In a misguided attempt to be sensitive to the Jewish community, the DA works with its leaders to hide the shame of child-sex abuse from the world at all costs,” said Asher Lipner, a psychologist who treats sex-abuse survivors.

“To say you’re not disclosing the names of perpetrators to protect the victims just defies common sense,” said Ben Hirsch, president of Survivors for Justice. “Clearly the law supports the opposite: It requires those convicted to be on a sex-offender registry.”

But DA offices in the other boroughs said they routinely release the public records after redacting the victims’ names.

Schmetterer said Hatcher’s name was released because reporters had gotten wind of the case.

Hynes’ office credits its Project Kol Tzedek, Hebrew for “voice of justice,” with the arrests of 85 orthodox child molesters in three years. It uses a confidential hotline, and social workers familiar with the strictly religious culture.

After refusing to divulge details to the Jewish Week and Jewish Forward newspapers, DA officials revealed for a Post report last week that in 38 closed cases so far, just 14 offenders have been sentenced to jail.

Critics charge the Brooklyn DA fails to fight intimidation that leads victims to back out of pressing charges. “If victims feel protected, they want their cases publicized, because it encourages others to come forward,” Lipner said.

The father of two boys accusing an alleged molester told The Post his rabbi denied the family the right to hold the sacred Torah scrolls during a holiday in which everyone, including kids, get to do so. He also said his family has gotten harassing phone calls.

Schmetterer says the DA will investigate any evidence of threats, and even relocate a family in danger.

Of course, withholding those names allows Hynes to lie, and it also allows him to make sweetheart deals with haredi pedophiles and keep those deals out of the press. In other words, he made a deal with Agudath Israel of America, which I previously reported, that includes hiding haredi pedophiles from the public, giving as many as possible probation and no jail time, and sending them to Ohel for therapy – therapy that almost always does not work.

Hynes can't police himself and certainly cannot police others.

And it's long past the time that the US Department of Justice and the State of New York understood that.