« Woman Slated To Be Deported From Israel Because She Is Too Orthodox | Main | After Racist Attacks, A Lone Act Of Kindness » 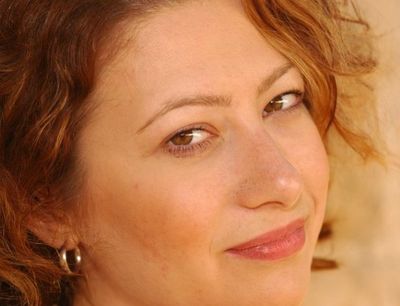 Israeli woman refuses ultra-Orthodox dictate to move to back of bus
When the passenger refused to move to the designated back seats, even when police arrived, the bus continued on its way, despite her refusal.
By Revital Blumenfeld • Ha’aretz

A woman passenger on a public bus from Ashdod to Jerusalem Friday was told by an ultra-Orthodox male passenger to move to the back of the bus. The man held the door of the bus open and would not allow it to move for approximately 30 minutes.

When other passengers began to complain about the delay, the driver called the police. The policeman who arrived on the scene spoke with the man and then also asked the woman, Tanya Rosenblit, to move to the back of the bus. When she refused, the man who had been holding the door alighted and the bus continued on its way.

Rosenblit, who said she was dressed modestly, was traveling on Egged bus 451 to get to work in Jerusalem. She said a Haredi man, who boarded two stops after she did, refused to allow the driver to close the door after he saw Rosenblit. Rosenblit said the man called her a derogatory word for a non-Jewish woman, and told the driver it was his right to have her sit in the back and that he had paid to be able to do so.

The policeman who arrived on the scene took the man aside for "a pleasant conversation," Rosenblit said, after which the policeman asked her if she would move to the back of the bus.

After Rosenblit refused, the man who had held the door got off and Rosenblit continued on her way. "The reason I am posting this story is not to declare that Orthodox Jews as pure evil ... I want to point out that this is a social and educational problem," Rosenblit wrote on her Facebook page.

Egged spokesman Ron Ratner condemned the incident, but said such incidents were increasing and that Egged's directives clearly prohibit the driver from "permitting or creating any separation on the bus unless it is voluntary," and instructing to call the police in such cases. Ratner advised Rosenblit to submit a complaint to Egged's ombudsman so the incident could be scrutinized more closely.

You can read Tanya Rosenblit's version of what happened, translated into English here.