Israel's Education Ministry decided Tuesday to follow the recommendations of the Israel's secrect service the Shin Bet and close down the yeshiva in the West Bank settlement of Yitzhar, following its students' involvement in violent acts against Palestinians and Israeli security forces. 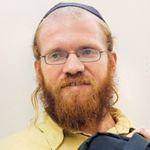 Israel's Education Ministry decided Tuesday to follow the recommendations of the Shin Bet and close down the Dorshei Yehudcha yeshiva in the West Bank settlement of Yitzhar, following its students' involvement in violent acts against Palestinians and Israeli security forces.

Shimshon Shoshani, the former director-general of the Education Ministry, decided last week before leaving his post to close down the yeshiva indefinitely.

Dorshei Yehudcha yeshiva high school is part of the institutions of Od Hai Yosef [sic – should be Od Yosef Hai], headed by Rabbi Yitzhak Ginzburg. Two heads of the yeshiva, Rabbis Yosef Elitzur and Yitzhak Shapira wrote the controversial book "The King's Torah" which justifies the killing of non-Jews.

Last month, Haaretz revealed that the Shin Bet recommended that the Education Ministry close down the yeshiva since "it had collected extensive information on yeshiva students which are involved in illegal and violent activities against Palestinians and the security forces." It was also known that the yeshiva rabbis and its heads were aware of some of the activities taking place and allowed the students to participate.

The Education Ministry has decided to close down the Dorshei Yehudcha Yeshiva high school and withhold funds from the Od Yosef Chai yeshiva over the involvement of their students in violent activity against Palestinians and security forces. The two yeshivas are based in Yitzhar and headed by Rabbi Yitzchak Ginzburg.

Students of the establishments were arrested in connection to "price tag" attacks over the past few years. Two students, including one teenager, were arrested last August. November 2010 saw two students aged 18 and 21 caught in possession of a knife and a mask. In January 2010, Od Yosef Chai yeshiva head Rabbi Yizthak Shapira was arrested together with some of his students on suspicion of involvement in the Yasouf mosque arson.

Education Ministry Director-General Dr. Shimshon Shoshani harshly criticized the establishments in a letter to their legal advisor, Attorney Itzhak Bam. "The students are involved in many violent acts against Palestinian residents and security forces, including during yeshiva study hours. Prominent rabbis in the yeshiva support and/or are involved in this violent activity and go as far as to incite the students to this sort of activity."

Dr. Shoshani received information on the students' involvement from the defense establishment. In his letter, he said the Education Ministry will not provide the Od Yosef Chai yeshiva with funds which were withheld in recent months. "Under these extreme circumstances which indicate extensive involvement by students and rabbis in violent acts, it's clear a warning would not have changed things."

Knesset Member Michael Ben-Ari (National Union) said that the shut down of the yeshiva constitutes "capitulation to leftist terror." He added it will lead to desperation.

Shomron Regional Council head Gershon Mesika said: "This is an unprecedented step only Soviet Russia would have considered. It is unthinkable that Israeli state officials close down an official institution based on secret materials. Islamic movements' religious institutions which advocate terror or universities where the existence of Israel is being disputed were never shut down."

Members of the yeshiva itself pointed a finger at Education Minister Sa'ar. "The Education Ministry serves as the Shin Bet's rubber stamp," Attorney Bam said. "The Shin Bet failed to find the real 'price tag' perpetrators and therefore imposes collective punishment on an entire yeshiva without allowing it to face its charges."

Ginsburg and Shapira are Chabad followers.

Israel's Education Ministry decided Tuesday to follow the recommendations of the Israel's secrect service the Shin Bet and close down the yeshiva in the West Bank settlement of Yitzhar, following its students' involvement in violent acts against Palestinians and Israeli security forces.