The War For Jerusalem

Why is Jerusalem's secular mayor fighting the leader of the battle against haredi extremism? 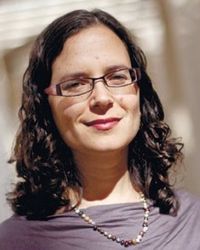 The war for Jerusalem
Op-ed: Why is secular Jerusalem mayor fighting leader of battle against religious extremism?
Bambi Sheleg • Ynet

Rachel Azaria is precisely the kind of young woman Israel’s majority has been desperately seeking in recent years: A Zionist subscribing to moderate religious views. She took action while most people have only been whining for long years. As a Jerusalemite who wishes to continue to live in Israel’s capital, she formed a few years ago a movement called "Jerusalemites" that ran for the local council. Her movement, in cooperation with another promising young movement, "Revival", won two local council seats. A nice achievement by all means.

Azaria enlisted to the cause of improving the state of the capital with all her might. She joined the coalition established by Mayor Nir Barkat and was entrusted with two portfolios: Community Councils and early childhood. She is considered a conscientious, prominent councilwoman, and for that reason in there were discussions on appointing her as deputy mayor in recent months.

However, the diligent councilwoman has a powerful group of foes. The municipal coalition established by Barkat did not make do with the secular and Zionist-religious public that granted him his post. Barkat chose to bring the ultra-Orthodox factions and their agendas into the coalition as well.

And so, when over the recent Sukkot holiday residents of the Mea Shearim neighborhood decided the time has come to segregate women and men in neighborhood streets, Azaria petitioned the High Court of Justice. However, this logical civilian move, which is embraced by every Jerusalemite who voted for Barkat in the elections, prompted the opposite response from the mayor.

Barkat deprived Azaria of her portfolios on the grounds that a council member cannot petition against its own city hall.

The fight for Israel’s public sphere in general and for Jerusalem’s public sphere in particular has taken off in the past decade. This is a battle where the large Israeli majority (which also has many silent partners within the ultra-Orthodox community) is being pushed against the wall by zealous forces that have no interest in any compromise whatsoever. Just look at the segregated buses that made their way into many communities nationwide, where women are forced to sit at the back on alleged “modesty” grounds.

One could expect Barkat, who was elected by a secular and Zionist-religious constituency, to consider his voters’ agenda; after all, it is thanks to them that he is currently the mayor of Israel’s capital. It’s unimaginable that Barkat, who was elected thanks to his "secular" views, is in practice implementing the policy of radical haredim in Jerusalem in order to secure calm or anything else which the general public is unaware of.

When our leaders do not have the political will to fight for the core values of Israeli society, extremism takes over. The honor of women in Israel in general and in Jerusalem in particular is such value. Women should not be walking in separate streets; they should not be sitting at the back of buses; they can and should sing in military ceremonies or anywhere else they wish to.

Women are not sexual objects. First and foremost, they’re human beings. Yet this value must be fought for. It is a pity that Barkat failed to realize it, but it’s still not too late to change it.

The War For Jerusalem

Why is Jerusalem's secular mayor fighting the leader of the battle against haredi extremism?