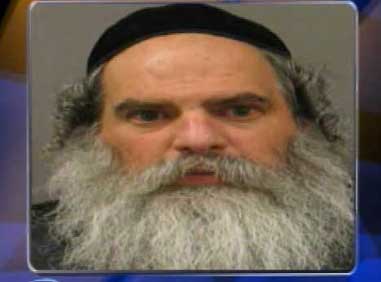 The Monsey resident was arraigned in Spring Valley Village Court yesterday, and charged with seven counts of criminal sex acts in the second degree, and one count of endangering the welfare of a child.

The religious leader posted bail yesterday, and is expected back in court on Oct. 27. His case is being handled by the Rockland County District Attorney’s Office.

As always, an arrest is not the same thing as a conviction or a guilty plea, but it doesn't mean you treat him as if he were innocent, either.

In halakhic terms, there is clear raglayim l'davar, and therefore in terms of child safety you should treat Rabbi Turner as if he were guilty.

In terms of everything else, his status is a sofek.

You don't give him synagogue or communal honors, but you still consider him a part of the community in other ways.

The main thing is to remove his access to children.