For several hundred years after the Babylonian Talmud's supposed acceptance by all Jewish communities as binding, its rulings were routinely ignored by rabbis. Why? 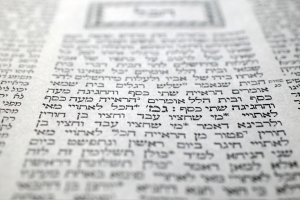 A page of the Babylonia Talmud

Lawrence Grossman review's Talyia Fishman's new book, Becoming the People of the Talmud: Oral Torah as Written Tradition in Medieval Jewish Cultures (University of Pennsylvania Press, 424 pages, $65) for the Forward. And he notes the following:

…[Fishman] demonstrates not only that even when written copies existed, the Talmud in Mesopotamian, North African and Iberian Jewish communities of the early Middle Ages was still primarily transmitted by word of mouth, but also that authoritative pronouncements on Jewish law often diverged from that Talmud. It was only in 11th- and 12th-century France and Germany [300 years after the Babylonian Talmud was codified] — the Ashkenazic heartland — that Jews began to experience Talmud “as readers studying a book,” and that book came to be viewed as the paramount guide to practice, a process similar to the shift going on at the same time among non-Jews, as Northern European Christianity moved to a text-based culture from a custom-based one.

The work of the 11th-century French scholar known as Rashi facilitated the treatment of Talmud as one long book by preparing the authoritative running commentary still in use today. The next step, accomplished by several generations of scholars beginning with Rashi’s grandsons — collectively known as the Tosafists — was to identify and seek to reconcile the multiple contradictions in the book, a problem that had rarely surfaced when the Talmud was an oral tradition. By the 13th century, this focus on the intricacies of the written text had spread across the Pyrenees [mountains] to scholars in Spain and then elsewhere, quickly establishing itself as the normative form of Jewish learning.

As the medium transforms the message, two key substantive changes in Judaism wrought by textualization are discussed in “Becoming the People of the Talmud.” Clearly, the newly constituted “text” is more rigid than oral tradition, reducing the flexibility of the religious authority to reinterpret past wisdom in light of new reality in a way that does not disrupt the consciousness of a seamless tradition. Thus, Fishman notes, the Tosafists were often perplexed when they saw that customary religious practices that had evolved naturally differed from those prescribed in the talmudic texts, and so they exerted remarkable casuistic energy in attempts to reconcile them.…

What's interesting here is that if you set the date of the Talmud's 'universal' adoption as a rigid source of Jewish law at the mid-1300s instead of the rabbinic back formation that sets it in the mid-8th century CE, it makes the behavior of so-called questionable Jewish communities like the Beta Israel of Ethiopia and the Bene Israel of India in clearer context.

Many of the binding legal decisions of the talmud these communities supposedly ignored or inexplicably did not know about are thrown into a completely new light when it becomes clear that the Talmud itself wasn't really binding until much later than the rabbis have claimed.

It is also helps demonstrate that rabbis who do not know history and related sciences like archeology can easily make mistakes in judgement, just like rabbi who do not know medical science or physics make errors of judgement.

In both those cases, these rabbis rely on the Talmud as if it existed, pristine and perfect, in a vacuum.

But it does not now and it never did exist in that way.

Perhaps one day, rabbis and their yeshivas will acknowledge that.

For several hundred years after the Babylonian Talmud's supposed acceptance by all Jewish communities as binding, its rulings were routinely ignored by rabbis. Why?