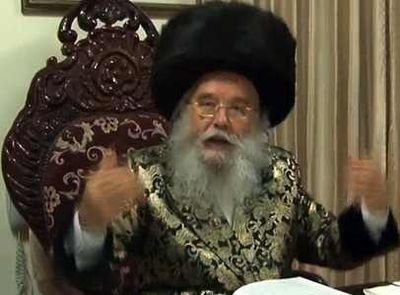 Thousands of Miskolc Hasidim on Thursday dedicated their celebration of Simchat Beit Hashoeivah (the Water Drawing Festival) to the impending release of kidnapped soldier Gilad Shalit.

The Miskolc Rebbe's followers attributed to the release to their leaders' prayers, while the rabbi said that the power of prayer of unity expressed by the people of Israel was what led to the captive's return.

The Water Drawing Festival is celebrated every night on the intermediary days of Sukkot, but this year the good news was at the focus of the celebrations held in Petah Tikva.

"This agreement could not be executed for a long time," Rabbi Shalom Berger told Ynet, "and suddenly everyone gave in and agreed. What happened? Nothing has changed. It's the same conditions, more or less. But the people of Israel's power of prayer and unity added this joy to the holiday celebration."

The Rebbe further added, "It's not a coincidence that he is being released on Tuesday, the eve of Hoshana Rabbah (the seventh day of Sukkot). Hoshana Rabbah means great salvations."