An elderly widow claims father-and-son rabbis swooped down on her the day after her husband died and coerced her into signing over to Chabad of California her multimillion-dollar Malibu home, and buying a $100,000 Torah, while deceptively promising "to support her financially for the rest of her life." 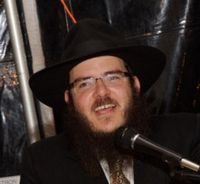 LOS ANGELES –  An elderly widow claims father-and-son rabbis swooped down on her the day after her husband died and coerced her into signing over to Chabad of California her multimillion-dollar Malibu home, and buying a $100,000 Torah, while deceptively promising "to support her financially for the rest of her life."

Boruch Cunin is the president of California Chabad and his son is its assistant secretary, according to the complaint.

Coe, who was 82 when it all happened, says: "In December of 2008, while her husband was gravely ill and in the hospital, plaintiff had been in contact with defendants regarding having a rabbi visit her and her husband for comfort and support, and for securing a final resting place for her husband upon his death. In late December 2008, Rabbi Levi Pitzchak Cunin and his father, Rabbi Boruch Shlomo Cunin, went to visit plaintiff."

Her husband died on Jan. 13, 2009. "Within one day after the death of plaintiff's husband, while plaintiff was grieving, defendants Levi and Boruch Cunin offered to bury her husband at the Chabad burial plot in Running Springs, California, and to support plaintiff financially for the rest of her life. In doing so, the individual defendants coerced plaintiff into signing documents by misrepresenting to plaintiff the nature of the documents, which included the total transfer of ownership of plaintiff's multimillion dollar family home in Malibu to defendant Chabad, the initial appointment of Rabbi Mordechai Zev Nemtzov and the subsequent replacement appointment of Rabbi Yakov Baitelman ('Baitelman') as plaintiff's attorneys-in-fact, and failure to carry out their promise to plaintiff that she would stay in the house and they would take care of all her needs and expenses. Defendants had not disclosed to plaintiff that she would no longer own the house, that she would still be responsible for taxes and upkeep for the house and utilities, and that they would use plaintiff's bank account to pay for all of her expenses without depositing any funds into the account or using their own funds to support plaintiff.

"In 2011, plaintiff discovered the misrepresentations defendants had made to her when she began to receive notices from her bank that her own checks had been returned for insufficient funds on deposit."

Coe says the father-and-son rabbis "made various representations to plaintiff because of her age and bereavement ... that it was necessary for her to execute various documents so that her husband could be buried at Chabad's burial site in Running Springs, California, and that defendants would take care of her for the rest of her life."

These representations included that "a. Plaintiff would continue to live at the property in the same manner as always; b. Defendants would take care of all plaintiff's financial needs; and c. It was necessary for plaintiff to execute various documents so that she could have continued support," according to the complaint.

Coe says she "relied on such false and fraudulent misrepresentations, and without consideration transferred title to defendants of her multimillion-dollar beachfront Malibu home, and executed a power of attorney in favor of defendants, among other things."

She says the rabbis also "coerced plaintiff into purchasing a Torah - which she did not need - from defendants for $100,000 and into giving substantial sums of money to Chabad and the other defendants...

"In return, defendants provided nothing of value to plaintiff except a burial place for her recently deceased husband.

"In addition, defendants moved individuals into and from the property without paying rent to plaintiff, all in a value unknown at present, but is subject to proof at time of trial. This violated plaintiff's expectation of quiet enjoyment of the property and her privacy."

Coe seeks punitive damages and quiet title to her home.

She is represented by Sheldon Lodmer.

This is not the first time Rabbi Boruch Shlomo Cunin has been accused of doing something like this, and he's lost in court before after trying to scam a widow.

You'd think that would be enough for Chabad's central organization to condemn Cunin.

But as usual, Chabad's leadership has been silent.

Stealing from widows is apparently a sin Chabad's leader, Rabbi Yehuda Krinsky, and its central organization do not recognize.

Posted at 10:09 AM in Chabad, Crime, Litigation, etc., Haredim | Permalink

An elderly widow claims father-and-son rabbis swooped down on her the day after her husband died and coerced her into signing over to Chabad of California her multimillion-dollar Malibu home, and buying a $100,000 Torah, while deceptively promising "to support her financially for the rest of her life."