Another Arrest In The Chabad Child Sex Abuse Scandal

Another alleged pedophile at Chabad's Yeshiva College has been arrested. The charges relate to molestations that allegedly took place during the past five years. 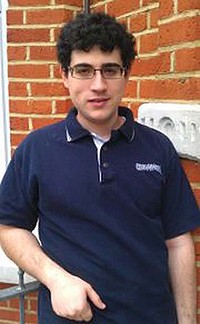 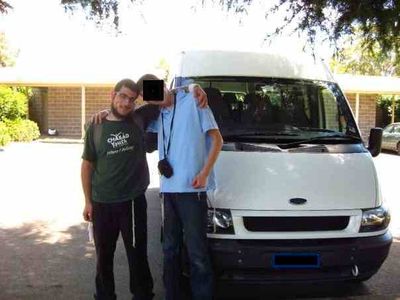 Another alleged Chabad pedophile has been arrested, an Australian source close to the case tells me.

The charges relate to molestations that allegedly took place during the past five years by a male teacher at Chabad's Yeshiva College. (I'm not reporting whether he was a full time teacher, a religious studies teacher, his name or any other details until I confirm the arrest. That should happen later today.)

MELBOURNE'S orthodox Jewish Yeshivah community has been rocked by another alleged child sex abuse scandal with a youth worker arrested on indecency charges.

Former Chabad Youth leader Aron Ezriel Kestecher, 26, of East St Kilda, has been charged with four counts of indecent acts on a child under the age of 16.

Kestecher, known as ''Ezzy'', is also understood to have recently worked as a substitute teacher at Yeshivah College, the East St Kilda boys' school at the centre of a police investigation into paedophilia.

The arrest comes a month after Yeshivah College security guard David Samuel Cyprys was charged with multiple counts of indecent assault and gross indecency after he allegedly repeatedly molested boys from the school between 1984 and 1991. When Cyprys appeared in the Melbourne Magistrates Court last month, Detective Senior Constable Lisa Metcher accused members of the Yeshivah community of lying to police and trying to cover up sex abuse claims. ''They failed to act in any way to protect children,'' she said in court.

Police wrote to former Yeshivah College students earlier this year, urging them to contact Crime Stoppers if they were assaulted or witnessed an assault between 1989 and 1993. The investigation was prompted by claims that former Yeshivah College teacher David Kramer had fled Australia in the early 1990s after parents complained he had sexually abused their children.

The school did not report the claims to police at the time.

The Age understands Victoria Police hope to extradite Kramer from the United States when he is released from prison, where he is serving a seven-year sentence for molesting a 12-year-old boy at a synagogue in St Louis.

Earlier this year Yeshivah College principal Rabbi Yehoshua Smukler wrote a letter encouraging anyone who was aware of or suspected abuse to contact child protection services or police.

''If you have any concerns about abuse … please contact me directly … and I will immediately contact the relevant authorities,'' Mr Smukler wrote.

Meanwhile, Kestecher has been released on bail and will appear in the Moorabbin Magistrates Court on November 29.

Update July 25, 2012 – The charges against Aron Ezriel Kestecher have been dropped.

Another Arrest In The Chabad Child Sex Abuse Scandal

Another alleged pedophile at Chabad's Yeshiva College has been arrested. The charges relate to molestations that allegedly took place during the past five years.