« Leaving Stove On Over Shabbat Or Yom Tov Dangerous, Experts Say | Main | The Grinch Who Is Trying To Steal Yom Kippur »

An East Ramapo school district resident is petitioning the state Department of Education to halt the 2011-12 lease of Hillcrest Elementary School to Congregation Yeshiva Avir Yakov of New Square. The petition charges that East Ramapo's haredi-dominated school board rented the school to the Skvere yeshiva for more than $6 less per square foot than its appraised rental value. 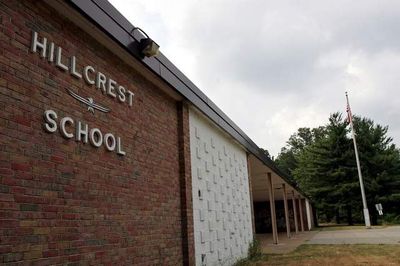 Robert A. Forrest, a retired real estate appraiser from New Hempstead, charges the district did not make a good-faith effort to rent out the school at market value.

The petition was received by the district and the yeshiva Friday; the state did not confirm receipt Monday.

East Ramapo has been renting the Hillcrest school to Avir Yakov for $16,000 per month since December. That agreement expired Aug. 31.

On Aug. 29, the Board of Education awarded Avir Yakov a one-year, $19,000-per-month lease of the 12-acre property on Addison Boyce Drive in New City. The agreement includes the option to extend the lease each year for up to four years with 2 percent annual increases.

Forrest, a member of the East Ramapo Stakeholders for Public Education, says the school board showed preferential treatment to the New Square congregation by leasing the Hillcrest school for less than it's worth.

"East Ramapo has an appraisal in front of it that says the fair market rental value of this property is $10.50 per square foot, yet still they arbitrarily turned around and leased the property for $4.22 per square foot," Forrest said Monday. "There's no rationale on how (the Board of Education) arrived at that figure. It's troubling, and we're operating on an austerity budget, and the district could use that income."

Forrest's petition further charges that Avir Yakov has fallen behind in its monthly payments on the prior lease and owes $3,500 in back rent since January.

The district has 20 days to file its response.

Board of Education President Morris Kohn said Monday he had not yet read the petition.

He said the board didn't have time to issue a Request for Proposal on the Hillcrest school between June — when the state denied the district's attempted sale of the property to Avir Yakov — and September, when classes began.

"Our best offer at the time was to ask the existing tenant to raise their rent," Kohn said. "The board has the option of terminating that lease at any time after one year."

East Ramapo's attorney Albert D'Agostino declined to comment on the specifics of the petition.

The Hillcrest school has long been the subject of controversy. It opened in 1960 and was closed in April 2010 by the district — over parents' objections — amid projections of declining enrollment. Afterward, the building was used by the Clarkstown school district to temporarily house students from Laurel Plains Elementary.

The district attempted to sell Hillcrest to the Congregation Yeshiva Avir Yakov in July 2010, but the $3.2 million deal was annulled in June by former State Education Commissioner David Steiner. The case was prompted by district parent Steve White, who had appealed the sale on the grounds that it came in far below the $10.2 million market value assigned to Hillcrest Elementary School by the Clarkstown Assessor's Office.

An East Ramapo school district resident is petitioning the state Department of Education to halt the 2011-12 lease of Hillcrest Elementary School to Congregation Yeshiva Avir Yakov of New Square. The petition charges that East Ramapo's haredi-dominated school board rented the school to the Skvere yeshiva for more than $6 less per square foot than its appraised rental value.