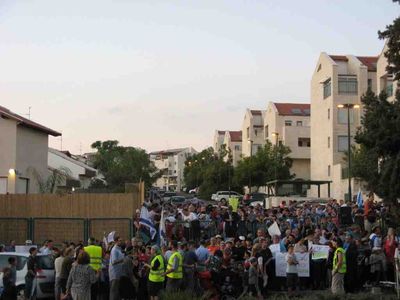 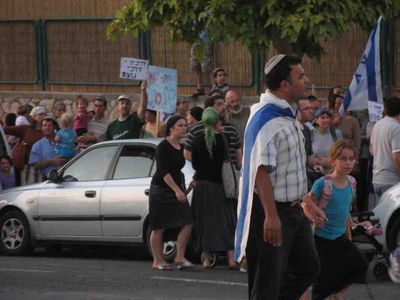 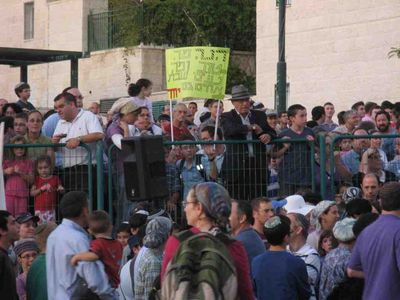 just came back from this "rest of beit shemesh showing the charedim we are not intimidated by your child molestors" rally.

It was a smashing succsess. in my estimate there were around 2000 people there, men women and children.

It lasted almost exactly 1 hour as planned. There were several speeches, all calling for love and unity and tolerance amongst all jews and all segments of the population in Beit Shemesh.

The best line of the evening was when Dove Lipman ( a brave local American community activist who was one of the oprganizers of the rally)  said ( i am quoting and translating from memory so excuse me if i dont repeat what he said with 100% accuracy) that 70 years ago we were all forced by the Nazis to share together a very bad place, and
it didnt matter what we looked like or how we dressed. But now we all have the opportunity to share a good place, the land of israel where we rule ourselves, and therfore it should not matter what we look like or how we dress.

there was also a singer who sand several songs. And then the rally ended with Hatikva.

photos attached. i shot them all at the beginning. about 30 mionutes later all the sidewalks and streets you see were filled with   many more pople