Postville Officials May Have Hated The Actions Of The Town's Black Sheep Jewish Landloard – Not Jews, Postville Author Says

"Maybe these local officials want the people who came to town to leave. It's not because they are Jewish. It may be because of the things they did," Stephen Bloom, a journalism professor and the author of a book on Postville said. "Postville was a pastoral, bucolic, beautiful town. ... Now Postville, by and large, is a very different kind of town." 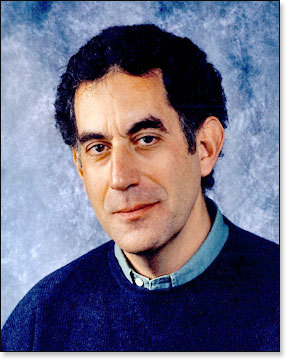 Stephen G. Bloom, author of the book "Postville: A Clash of Cultures in Heartland America."

The city of Postville has agreed to pay $450,000 and host a diversity workshop to settle two lawsuits filed by a Hasidic Jewish landlord who claimed city officials discriminated against him and his business.

City officials did not admit wrongdoing in the settlement reached last month with GAL Investments Ltd. owner Gabay Menahem and announced Thursday by his lawyers. But they did agree to the payout and to host a community workshop on diversity that will be sponsored by Iowa State University.

Menahem's company rented housing primarily to the employees of Agriprocessors, Inc., a kosher meatpacking plant that was Postville's largest employer until its bankruptcy following a 2008 federal raid that netted 389 illegal immigrants.

In similar state and federal lawsuits filed last year, Menahem claimed city officials helped ruin his business by falsely warning potential tenants he did not take good care of his properties and enforcing ordinances against him in a discriminatory and harassing manner. In particular, he said the city clerk ignored an ordinance and refused to disconnect water services when his tenants moved out, charging his company for the mounting bills and then filing liens against his properties after he refused to pay.

In addition, he claimed city officials would unfairly charge his properties for snow removal and single them out for inspections and repairs. He claimed his treatment was the result of longstanding anti-Semitism by some city officials that escalated following the raid on Agriprocessors, which devastated the local economy. The lawsuit cited public comments by two city council members criticizing the Jewish community for being insular, among other things.

City officials denied the discrimination claims and painted Menahem in court records as a confrontational landlord who fell behind on his bills and allowed his properties to fall into disrepair, which he denied.

David Goldman, a Des Moines lawyer who represented Menahem, said the case has taught Postville "a strong lesson" about discrimination by government officials. At the same time, he praised city officials for agreeing to settle the case and host the workshop.

"It will be very supportive for those people in Postville who are already trying to promote better community relations and better relations between the diverse cultures in Postville," he said. "There's always been a division within Postville from people who welcome diversity and those who were perhaps more xenophobic."

"I'm glad the good folks of Postville have chosen to do what we believe is the right thing. We hope that bodes well for the future."

City Clerk Darcy Radloff and City Councilor Virginia Medberry, who were named in the lawsuits, declined to comment Friday about the settlement.

Stephen G. Bloom, a University of Iowa journalism professor and author of the 2000 book "Postville: A Clash of Cultures in Heartland America," said local residents have often been unfairly deemed anti-Semitic simply for opposing actions taken by Hasidic Jews, who started moving to town in 1987 when the slaughterhouse opened. Many immigrants from Mexico and Latin America, Eastern Europe and elsewhere came to work in the plant. Problems like crime, pollution and substandard housing for workers developed, he said.

"Maybe these local officials want the people who came to town to leave. It's not because they are Jewish. It may be because of the things they did," he said. "Postville was a pastoral, bucolic, beautiful town. ... Now Postville, by and large, is a very different kind of town."

Bloom said some good could come out of the diversity workshop, but that Postville residents are already well-schooled in living with other cultures, given their experiences over the last two decades.

"Of all people in Iowa, I think the bulk of the residents in Postville really know diversity like the back of their hands," he said.

As I wrote when I posted on this settlement last week, the alleged discriminaltion was directed against the Rubashkin family's chief real eatate competitor.

Gabay Menahem's GAL competed for the then-limited amount of residential housing available for purchase, and for renters, almost all of whom worked for Agriprocessors.

As I reported in 2008, Sholom Rubashkin allegedly drove up the prices of many of these properties by launching bidding wars against Memahem, in order to push Menahem out of the business or weaken him financially.

At the time almost all of this alleged discrimination took place, the town's government frequently acted as an arm of Agriprocessors, and in a phone conversation I had with Menahem last week, he agreed that in the beginning, the allegedly discriminatory actions taken against him by town officials were most likely taken to help Rubashkin.

But Menahem also stressed that, as the alleged discrimination continued, Rubashkin's needs or desires took a back seat to antisemitism.

The raid cost him many of his renters, and he compensated by renting whenever possible to staffing companies hired by Agriprocessors to fill its depleted workforce. This put Menahem's cash flow in Sholom Rubashkin's hands these rents were usually supposed to be paid by payroll deductions. All of this led to late payments for utilities and other problems that the city was allegedly addressing in a discriminatory way against Menahem.

Menahem also had no experience in the residential rental business, and that lack of experience made the problems he faced more difficult.

None of this should be understood to mean that Menahem is snow white in all of this.

His properties – especially after the raid – were often substandard. Some had leaking roofs. One had doors that could not completely close or lock. Another had holes in ceilings and exposed, leaky pipes, and most of the others were in some form of disrepair.

After the raid, destitute workers bused in from Texas and Indiana sometimes slept 2 or 3 to a room on bare mattresses placed directly on the floor. Small houses with one tiny bathroom had 7 or 8 residents. Each paid about $100 per week for this housing – a rate allegedly set by the staffing companies, but which may have actually been set by others.

By way of comparison, at the time, a room or full basement in a nice area of St. Paul, Minnesota – a much larger city with much higher property values and rental prices – cost on average $300 per month.

By this time, Menehem's renters were almost all destitute, even the one's that did not come through agreements with staffing companies.

They were unable to pay their utility bills.

To protect his properties from damage caused by cold weather, Menahem had to keep water and heat on. At the same time, the city and the utilities were threatening to shut off service, often in 24 hours, unless bills were paid in full.

The destitute Agriprocessors workers and former workers would have been left in very cold weather without heat, without water and without working toilets.

The city's then-mayor, Robert Pennrod, and the city council refused to do anything to help these people, some of whom had small children.

The workers brought to Postville after the raid by staffing companies were sometimes recruited from homeless shelters in Texas and Indianapolis. While many were nice people who were down on their luck, some were substance abusers and criminals, as were some of the other workers they recruited.

After their rent and other staffing company fees, including their transportation to Postville, was deducted from their paychecks, these workers were left with almost nothing. And because they weren't paid until after they had worked for two weeks, and because they were, to begin with, mostly destitute, many had to turn to the local food shelf in order to eat.

Sholom Rubashkin and Agriprocessors did nothing  to alleviate this burden on the town, even though it had $11 million dollars of meat in its freezers, some of which was non-kosher.

I have no doubt that there was and is some antisemitism in Postville.

But when you realize what the town suffered through (and what I described above is only a small portion of it), I'm surprised that antisemitism wasn't much worse.

When the town's Jewish community claimed to be out of food after Agriprocessors shut down, non-Jewish Postville residents literally went to grocery stores, looked for products with kosher supervision, bought them and gave them to Jewish neighbors, and no anti-Jewish violence of any kind took place – although at one point threats were made against the Rubashkin family.

Postville's anger was directed toward the Rubashkins, Menahem, and toward the new workers brought in after the raid, and it was almost exclusively sparked by behavior – not by skin color or religion.

Postville Officials May Have Hated The Actions Of The Town's Black Sheep Jewish Landloard – Not Jews, Postville Author Says

"Maybe these local officials want the people who came to town to leave. It's not because they are Jewish. It may be because of the things they did," Stephen Bloom, a journalism professor and the author of a book on Postville said. "Postville was a pastoral, bucolic, beautiful town. ... Now Postville, by and large, is a very different kind of town."