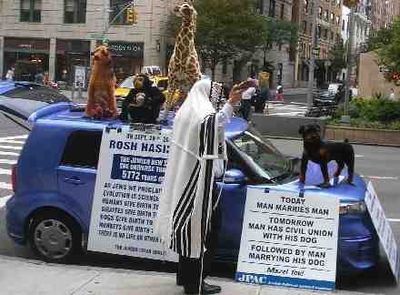 JPAC, a small haredi organization that specializes in idiotic and offensive demonstrations staged another one today on Manhattan's Upper West Side, angering residents, drawing police and making Judaism look insane.

I can't believe it. This morning at the exact same spot on west 76 th street and Broadway this group of young black hatters were at it again. This time they had a purple colored funky looking car loaded with stuffed animal protesting not only evolution but gay marriage as well. I watched this crazy scene as west side Jewish residents shook their heads in disbelief and anger. Listening in on the heated debates between the young flying tzitzahs danglers was wild. It was funnier than any comedy I have seen. I think the funniest part was when one guy took off his 20 pound looking big hat and donned a talith with silver ornaments on his head and pulled out a giant shofer from the car and began blowing away. No movie could of duplicated this comedy. Police arrived after numerous complaints from a nearby film school who felt offended by the anti gay signs posted around the entire car. The cops asked them to move to another location which they did. Seeing all these animals and crazy signs with the shofar blowing made me think these chareidis can teach the film school a thing or two. I could not stop laughing all the way home. 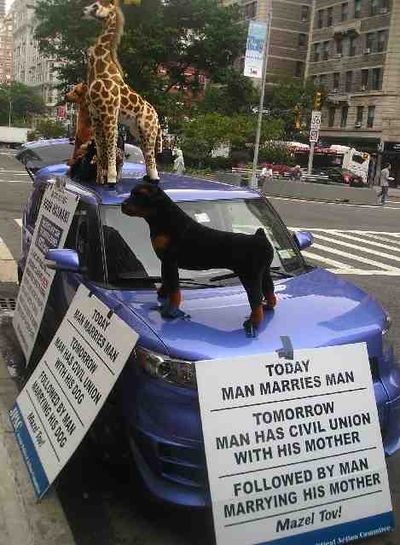 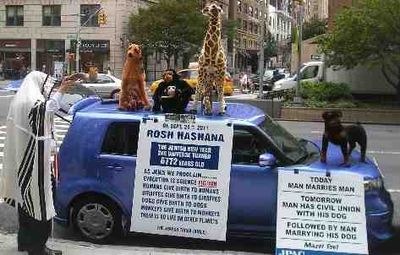 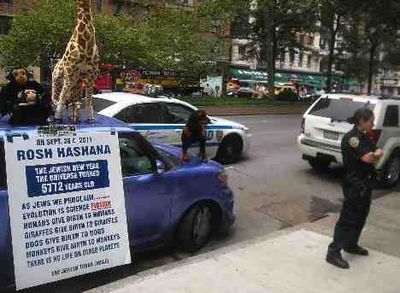 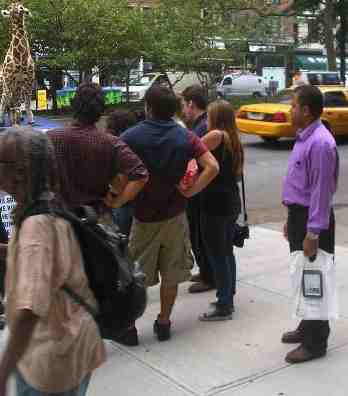 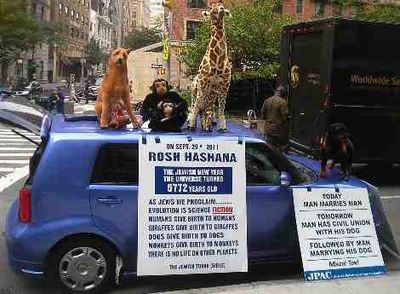 Posted at 05:06 PM in Haredim, Homophobia and its Discontents, Outreach, Torah & Science | Permalink