None of the rabbis who signed are Chabad or are linked to Sholom Rubashkin's defense fund, and few, if any, appear to be haredi. 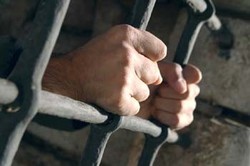 Our prison system is broken and we need to fix it!

America maintains the highest incarceration rate in the world (around 743 adults incarcerated per 100,000 population, 2009): overshadowing such countries as Russia, Iran, and Rwanda. Currently, 2.3 million Americans live behind bars.

The system not only disproportionally jails minorities, but forces all prisoners into increasingly overcrowded prisons (on the state and federal level).  At their worst, American prisons are 175% of their maximum capacity . The emotional and physical consequences are debilitating. For example, scholars show a higher rate of prison rape,  one of the most traumatic and demeaning aspect of incarceration, which is a direct result of overcrowding. Supreme Court Justice Kennedy recently referred to the overcrowding in the penal system which has led to inadequate health care as “incompatible with the concept of human dignity.”

The debilitating factors of the prison system result in a growing recidivism rate, another clear indicator that the system is falling short. Governor Bobby Jindal (R) of Louisiana recently said “We cannot say we are doing everything we can to keep our communities and our families safe if we are not addressing the high rate at which offenders are becoming repeat criminals.”  Rehabilitation programs are failing as more than half of all released prisoners re-enter the system within three years.

America must reform its rehabilitation programs in order to cultivate productive members of society and to reverse the dangerous cycles of violence and recidivism. Millions of non-violent criminals are becoming violent in the system and this is the cycle we must stop.

Our incarceration system is not just failing the people behind bars or even those at risk, but it is failing the American people, our community and our society.

Our prison system is broken. We need to fix it.

The Torah teaches that all people are created in the image of God (Genesis 1:27), and must be treated with dignity:  even sinners and criminals have inalienable rights. The Prophets demand that we act as advocates for the vulnerable: those locked away and silenced in dark places. Yet our current system doesn’t honor this dignity with inhumane treatment of prisoners including solitary confinement, prison rape, torture, and the dearth of growth opportunities.

The Jewish tradition, through the seven Noahide laws, makes the establishment of systems of justice a fundamental human responsibility of every society. Further, Jewish law supports society taking steps to protect itself from those who harm others and yet it also mandates that even when punishments are called for that these are to be carried out in ways that protect the full dignity of the individual.

Jewish tradition has two effective models for embracing rehabilitation with criminals: an indentured servitude and a city of refuge. The Talmud teaches that a master must preserve the dignity of an indentured servant while he repairs his debt (Pesachim 88b). The worker remains in society, in a family, and in an apprenticeship to be prepared to return as a responsible citizen.

The Ir haMiklat (city of refuge) is another model found in the Torah (Numbers 35) that promotes rehabilitation. It is a city of refuge where people who have unintentionally killed (different than our situation today) may flee and live in a protected community operating in almost all ways like a normal city including specific teachers (Levites). Individuals can continue to learn and grow as productive members of society because the protected community operates as a fully functioning city.

The prison system in America today does not operate by standards that are condoned by the Torah. Further the criminal justice system neither honors the dignity of the prisoner nor makes our society safer. It does not make sense to spend so much of our tax money on a system that does not promote justice and fails to rehabilitate former offenders or make society safer.

Jewish wisdom teaches that “it is not your duty to complete the work, but neither are you free to desist from it” (Pirkei Avot 2:16). Impactful change begins with simple, but powerful steps. A growing coalition of activists, faith leaders and politicians are currently dedicated to repairing the broken system.

Reparation can only occur with a basic understanding of the problem. To create change within the prison system, Senator Jim Webb of Virginia has recently introduced the National Criminal Justice Commission Act of 2011 (N.C.J.A.), an exceptional initiative, which Jews should support. This bill will create a bipartisan commission to study the United States criminal justice system and offer concrete recommendations to combat its imbalances and injustices. This bill has already attracted broad support, from over 150 civil rights, criminal justice, community and faith-based organizations, as well as the National Sheriff's Association, National Fraternal Order of Police, International Association of Chiefs of Police, National Narcotics Officers’ Associations' Coalition, and International Union of Police Associations.

Research and thorough analysis of the problem is a first step to addressing this crisis.  But more is needed.  We must demand that our elected officials in Congress and the Senate prioritize reforming the prison system by investing more in rehabilitation programs, security in prisons, and re-entry programs. This will reduce the recidivism rate. We can spend less money and make the system more safe, effective, and dignified. The right to health, education, and protection and other basic rights must be upheld for all Americans.

Jewish leadership supports prison reform and calls upon Congress and the Senate to support the National Criminal Justice Commission Act to merely move forward with a comprehensive study of the prison system.

The following Orthodox Rabbis and Jewish leaders call upon the Jewish community to sign this letter of solidarity. Supporters of this statement also commit to speaking publicly about criminal justice and prison reform (especially if possible on Parshat Vayeshev as part of a national education campaign), contacting Congress to create change, visiting correctional facilities when possible, and considering hiring former prisoners in order to aid their re-entry into society. We also express our public gratitude to all those who serve the criminal justice system to make our society more just and safe.

With Blessings of Peace,

Please consider signing this petition in support of these courageous Orthodox leaders addressing one of the greatest human rights crises of our time!

None of the rabbis who signed are Chabad or are linked to Sholom Rubashkin's defense fund, and few, if any, appear to be haredi.