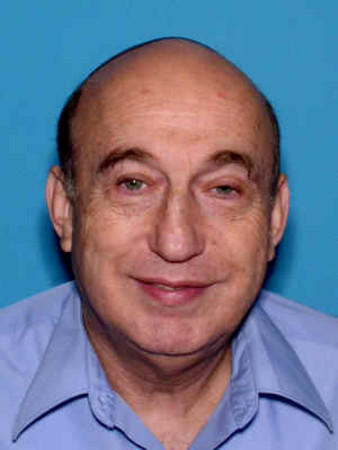 Rivlin is charged with two counts of aggravated criminal sexual contact and two counts of endangering the welfare of a child, prosecutors told the Teaneck Patch, which also reported that Rivlin’s bail was set at $175,000 with no 10% option, and that he has been ordered not to have contact with the alleged victims or anyone else under the age of 18.

When the abuse allegedly occurred, the two 13-year-old boys were staying at Rivlin’s Teaneck home as part of a scholarship program, Scholarship Fund for the Advancement of Children in Israel, that Rivlin helped found.

The boys told police about the abuse when they returned to Israel. Israeli police notified the FBI, which in turn contacted Teaneck and Bergen County law enforcement.

Rabbi Rivlin was active at the Orthodox synagogue Congregation Beth Aaron in Teaneck, where he allegedly taught classes.

Investigators are trying to determine if other children were possibly victimized.

In the late 1990s. the Albany Times-Union reported that Rivlin abruptly stepped down as principal of a local Hebrew day school.

"The principal of one of the Albany area's two Hebrew day schools has taken an indefinite leave, but school officials were tight-lipped about the reasons behind his abrupt departure.

"Rabbi Uzi Rivlin, who took over as principal of the Hebrew Academy of the Capital District just eight months ago, stepped down effective March 8, according to Richard Friedman, president of the private school's board of trustees. Friedman declined to say why, calling it a 'sensitive' personnel issue."