The father of the murdered 8-year-old hasidic boy Leiby Kletzky is suing his son's confessed murderer, Levi Aron, for $100 million. 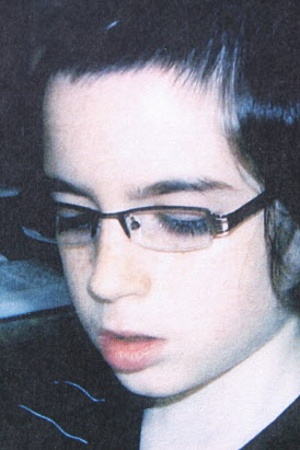 The family of Leiby Kletzky wants his admitted butcher to fork over $100 million for kidnapping, killing and dismembering the 8-year-old Brooklyn boy.

Leiby's father, Nachman Kletzky, is seeking the massive haul in punitive damages from Levi Aron, who has been charged with killing the boy after abducting him as he walked home from camp last month, a lawsuit disclosed Monday shows.

The civil suit, filed last week in Brooklyn Supreme Court,  says that Leiby "was terrorized, physically and psychologically assaulted and injured, and was murdered and his body dismembered, with parts of his body hidden in a refrigerator."

The suit was filed on behalf of Nachman Kletzky, who only learned in recent weeks of the gruesome details of his son's death, a source said.…

Here is the lawsuit as a PDF file:

Aron's father owned the building where his son lived. The two civil lawsuits say he should've known what was going on and could've stopped it. He hasn't responded to a telephone message left Monday seeking comment.

The father of the murdered 8-year-old hasidic boy Leiby Kletzky is suing his son's confessed murderer, Levi Aron, for $100 million.