Founder Of Save A Torah Charged With Fraud

Defendant Allegedly Fabricated Stories Of "Rescuing" Torahs Lost Or Hidden During The Holocaust To Steal Hundreds Of Thousands Of Dollars. 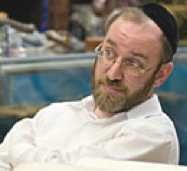 MANHATTAN U.S. ATTORNEY CHARGES MARYLAND FOUNDER OF "SAVE A TORAH" CHARITY WITH FRAUD

PREET BHARARA, the United States Attorney for the Southern District of New York, and RONALD J. VERROCHIO, the Inspector-in-Charge of the New York Office of the United States Postal Inspection Service ("USPIS"), announced today the arrest of MENACHEM YOULUS, a founder of the "Save a Torah" charity, which purported to "rescue" Torah scrolls lost or hidden during the Holocaust, for allegedly defrauding the charity and its donors of hundreds of thousands of dollars.  YOULUS, who billed himself as the "Jewish Indiana Jones," fabricated detailed accounts of having found Torahs lost or hidden during the Holocaust in Europe, including in Auschwitz and the Bergen-Belsen concentration camp, and in other places around the world.  He then used those false accounts as a platform for soliciting contributions to Save a Torah, some of which he embezzled by diverting them directly into his personal bank accounts.  In other instances, YOULUS allegedly submitted inflated and doctored invoices to Save a Torah to increase the amount he was reimbursed by the charity for the "rescued" Torahs, which, in at least some instances, he had simply purchased from other Torah dealers.

The case is being handled by the Office's Complex Frauds Unit.  Assistant U.S. Attorneys NICOLE FRIEDLANDER and JANIS ECHENBERG are in charge of the prosecution.

Here's the whole press release, including much more information on the alleged fraud, as a PDF file:

Letter from Washington: Haredi Torah 'Rescuer' Should Be Held Accountable For Scam

Founder Of Save A Torah Charged With Fraud

Defendant Allegedly Fabricated Stories Of "Rescuing" Torahs Lost Or Hidden During The Holocaust To Steal Hundreds Of Thousands Of Dollars.