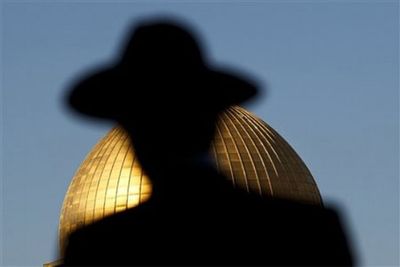 In fact, "A" regularly went back to his Arab village all those years, taking off his ultra-Orthodox clothes before entering, visiting with friends and family, and then returning to Jerusalem the next day.

But someone in his village recently discovered "A's" conversion and villagers threatened his life.

So "A" took his wife to the village and locked her up. She tried to kill herself. Finally "A" gave her a get, a Jewish divorce.