« Shomrim Guarded London Jewish Neighborhoods During Riots | Main | Exploitation: Make A Donation And We'll Pray For You, Don't And We Won't »

A famous Jewish convert to Christianity says Chabad and Christianity are so close, only a tiny spark is necessary to cause mass conversion of Chabadniks to Christ. 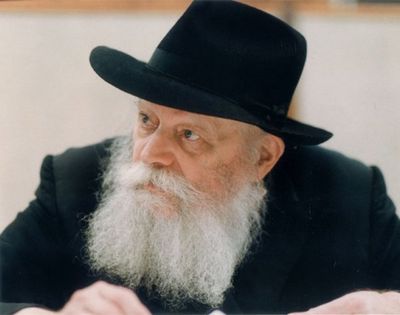 A 19th century convert to Christianity, Joshua George Lazarus, wrote a book about his life and Eastern European Jewish society – with a large dose of missionary propaganda thrown in, as well.

The book, Ebenezer, has a chapter on Chabad.

Lazarus writes contemptuously of the mitnagdic (anti-hasidic; the disciples of the Vilna Gaon) complaints about Chabad, and takes Chabad's side in that conflict.

Instead, he writes there is much good about Chabad – especially one very good thing Christian missionaries should take note of.

The doctrine of Hasidism and Christianity are very much alike, Lazarus claimed, and he wrote:

"The fuel is ready, and a living spark is only needed to kindle the fire [i.e., for Chabad hasidim to convert to Christianity]." [As quoted in David Asaaf's Untold Tales of the Hasidim, Brandeis University Press, 2010, p.58.]

Interestingly, Rabbi Moshe, a son of Chabad's first Rebbe, Schneur Zalman of Liadi, the Baal Hatanya, converted to Christianity – although that may have been due to mental illness.

At any rate, a Jew born to a mitnagdic family, raised as a scholar, and who snuck off to Lubavitch to join Chabad, staying there for months, meeting personally with the Mittler Rebbe and speaking to him at length about hasidic doctrine and customs, became an apostate.

And while blasting much of Eastern European Jewry for its theology and behavior, as an apostate he defends Chabad – not because their behavior was significantly better in Lazarus's eyes, but because Chabad theology, presented as the authentic theology of the Maggid of Mezeritch and the Bal Shem Tov, is so close to Christianity, one spark will cause Chabad hasidim to convert.

This is fascinating, because what we have seen in the last 20 years is Chabad publicly adopting tenets of Christianity long rejected by Jewish communities and scholars worldwide – most notably a messiah that will come from dead, a second coming.

And this (only on the nature and theology of Chabad) proves Lazarus right.

Posted at 10:01 AM in Chabad, Chabad & Christianity, History | Permalink

A famous Jewish convert to Christianity says Chabad and Christianity are so close, only a tiny spark is necessary to cause mass conversion of Chabadniks to Christ.