A little more than a year ago, Sholom Rubashkin, a 51-year-old father of 10 with deep roots in his Iowa community and no prior criminal record, was sentenced to serve 27 years in prison following his conviction on financial fraud charges. Remarkably, that sentence looks lenient compared to the sentence prosecutors originally urged… 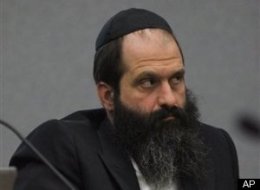 Four reforms would restore common sense to sentences that have become draconian, disproportionate to the crimes.
James Felman and Mary Price • The National Law Journal

A little more than a year ago, Sholom Rubashkin, a 51-year-old father of 10 with deep roots in his Iowa community and no prior criminal record, was sentenced to serve 27 years in prison following his conviction on financial fraud charges. Remarkably, that sentence looks lenient compared to the sentence prosecutors originally urged: life without parole. The attention garnered by the U.S. Department of Justice's initial sentencing position, as evidenced by a letter to the sentencing judge from six former U.S. attorneys general (joined by former senior Justice Department officials and former judges), has waned during the past year. But Rubashkin's sentence should not be quickly forgotten because it stands as a stark example of the disproportionate and draconian punishments that result from the broken fraud sentencing guidelines.

Not long ago, first-time perpetrators of economic crimes frequently received sentences of probation with special conditions for compensating their victims. Lengthy prison sentences for nonviolent financially motivated offenders were correctly deemed unnecessary. The purposes of sentencing could be accomplished without removing them from society for extended periods of time. These offenders suffer a multitude of unique collateral consequences, including the all-but-certain end to their careers, and the social stigma of a steep and public fall from grace.

That changed when the U.S. Sen­ten­cing Commission drafted sentencing guidelines in the late 1980s under the Sentencing Reform Act. One of the compromises reached, according to then-Commissioner Stephen Breyer, was to "require short but certain terms of confinement for many white-collar offenders…who previously would have likely received only probation."

The era of "short but certain" incarceration was fleeting. Between 1987 and 2001 the Sentencing Commission repeatedly amended the guidelines, adding sentence-inflating enhancements. In 2001, it overhauled the guidelines and voted to increase sentences based on the amount of loss. The ink was barely dry when, just two years later, Congress reacted to public anger over corporate scandals, directing the commission to up them again. It did so with a slew of amendments that increased fraud sentences across the board and enhanced sanctions based on factors that are present in nearly every major fraud.

The resulting fraud guideline suffers from two major weaknesses that expose first-time offenders like Rubashkin to life in prison. First, the amount of monetary loss (actual or intended) has become the single most important factor driving sentence length. The guideline does not account for other factors such as the degree of intent, the scope and duration of the crime or the extent to which the offender actually benefited from the crime. It also fails to account for the risk of recidivism or danger posed to society, which are lower for fraud offenses than drug or firearms-related crimes.

The result? According to Judge Fred­eric Block of the Eastern District of New York, "we now have an advisory guidelines regime where…any officer or director of virtually any public corporation who has committed securities fraud will be confronted with a guidelines calculation either calling for or approaching lifetime imprisonment." U.S. v. Parris, 573 F. Supp. 2d 744 (E.D.N.Y. 2008).

Judges have made their distaste for such sentences clear by not imposing them. In response, the Sentencing Commission has announced a comprehensive review of the fraud guideline. We welcome the review and have put together a working group of former policymakers, legal experts and attorneys to promote four reforms to restore common sense to the fraud guideline.

First, reduce the current excessive emphasis on actual or intended monetary loss. Second, better account for whether and to what extent the defendant received a monetary gain from the offense. Third, ensure that greater weight is put on the defendant's personal responsibility for the offense conduct, intent and other individual circumstances that should bear on punishment. Finally, eliminate double-counting aspects of the offense by striking redundant enhancements.

These reforms will help ensure that fraud sentences are proportional to the severity of the offense and to individual culpability and circumstances. Greedy perpetrators of fraud should receive stiff sentences. Society, however, can avoid the costs of subjecting less blameworthy offenders to punishments that are excessive, inefficient and counterproductive.

James Felman is a partner at Kynes, Markman & Felman in Tampa, Fla., and serves as co-chair of the ABA Section of Criminal Justice Committee on Sentencing. Mary Price is the vice president and general counsel of Families Against Mandatory Minimums (FAMM) in Washington.

A little more than a year ago, Sholom Rubashkin, a 51-year-old father of 10 with deep roots in his Iowa community and no prior criminal record, was sentenced to serve 27 years in prison following his conviction on financial fraud charges. Remarkably, that sentence looks lenient compared to the sentence prosecutors originally urged…