Tens of thousands of people attended the funeral of Rabbi Elazar Abuhatzeira today, who was stabbed to death last night by a man seeking marital advice at his yeshiva in Beersheba. 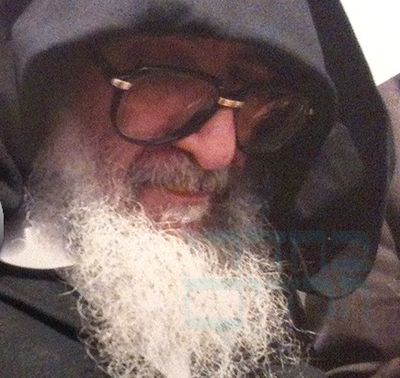 Slain Beersheba rabbi laid to rest
Tens of thousands of people attend funeral of Rabbi Elazar Abuhatzeira, who was stabbed to death in Beersheba by man unhappy with marital advice. 'Who would have thought a rabbi could be murdered in Israel?' asks Shas minister
Elior Levy • Ynet

Tens of thousands of people on Friday attended the funeral of Rabbi Elazar Abuhatzeira, who was stabbed to death Thursday night by a man seeking marital advice at his yeshiva in Beersheba.

Israel's chief rabbis and haredi ministers and Knesset members took part in the funeral on Jerusalem's Mount of Olives. Eulogies were delivered earlier at the Porat Yosef Yeshiva in the Geula neighborhood.

Earlier, the Beersheba Magistrate's Court extended the remand of the murder suspect, 42-year-old Asher Dahan of Elad, by 13 days.

Shas' spiritual leader, Rabbi Ovadia Yosef, delivered his eulogy from his car. "This righteous man was devoted to the people of Israel all his life," he said. "Anyone in trouble would come over to talk to him. All day long he engaged in charity and studying Torah."

Minister Meshulam Nahari added, "Who would have thought that something like this could happen and that a rabbi could be murdered in Israel? These are difficult times for the people of Israel."

Alongside the haredi participants, the funeral was also attended by quite a few people from all parts of the Israeli society, as well as volunteers from the Ichud Hatzala rescue organization. The funeral was held under tight police and Border Guard security.

Rabbi Abuhatzeira was one of the city's prominent religious figures. He was the grandson of Rabbi Yisrael Abuhatzeira, known as the "Baba Sali", leading Moroccan Sephardic rabbi and kabbalist who was renowned for his alleged ability to work miracles through his prayers.

According to an initial investigation into the murder, the rabbi received the suspect for a conversation, during which he was stabbed. The rabbi's students captured the stabber and handed him over to the police.

According to police sources, the suspect – who was granted a private audience – stabbed the rabbi in his upper body, inflicting lethal wounds.

The investigation also revealed that the suspect had arrived at the yeshiva to consult the rabbi several times, and therefore was well familiar with the place.

Dahan's lawyer, Attorney Yuval Livadaro of the Public Defender's Office, said after the court session that "the suspect said he hadn't hoped for this result and is very sorry for what happened."

Tens of thousands of people attended the funeral of Rabbi Elazar Abuhatzeira today, who was stabbed to death last night by a man seeking marital advice at his yeshiva in Beersheba.