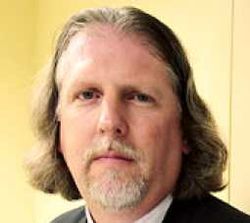 When cops hit a roadblock in the search for the 8-year-old boy, they turned to their in-house expert on motors rather than murderers - Detective Tom Burke.

"Call the car geeks!" Assistant Chief Joseph Fox ordered as detectives racked their brains trying to identify the late-model car the Hasidic boy was seen climbing into with a stranger.

Burke was in bed in Long Island when his boss called the night of Tuesday, July 12.

"He asked me if I had heard about the missing Jewish kid," recalled Burke, who can tell a car's make and model just by looking at its hubcaps.

A day and a half of searching for the boy who vanished walking home from camp had proved futile. Then video surveillance surfaced of Leiby getting into a gold-colored car.

Fox wanted Burke to eyeball the vehicle and tell him what it was, pronto.

Burke hitched a ride to Brooklyn with his partner, Detective Emanuel (Manny) Rossi. When they reached the command center in front of Leiby's Borough Park camp, the search for the boy was in full swing and the look on Chief of Detectives Phil Pulaski's face was urgent.

Pulaski directed the car geeks to a computer, where they were shown a grainy video captured on an 18th Ave. car leasing company's security camera.

"Within five seconds, I knew it was a Honda Accord," said Burke, explaining the car's compact size and simple rear design were telltale signs of a 1990s' model.

"They change hubcaps every year," he said. "They are very individual."

Burke grabbed a printout of the fuzzy car and raced to the 66th Precinct stationhouse to compare it with similar models online.

"I make cars into a fingerprint," Burke said. "I look at car lines, the wrap around bumpers and the rocker panel underneath the body. I look for distinctive things."

Within minutes of reaching the stationhouse, Burke remembered that the only year Honda produced a gold-colored Accord like the one in the video was in 1990.

"That's just based on stupid stuff I picked up," Burke said matter-of-factly.

It turned out to be a key clue for Fox and Pulaski.

"I felt bad when I heard he was dead," Burke said of little Leiby, whom Aron is accused of drugging and butchering.

"I wish things had happened quicker," Burke (below) said. "Maybe if I had seen the video sooner, we could have found him alive. But that's not always possible."

Burke could have viewed the video at home on his own computer or cellphone. But for some reason, the NYPD did not have or did not use the basic technology that would have allowed him to do so.

And why the NYPD did not have wireless technology in the field, so that Burke could have accessed his computer files from the field command center is also a question that needs to be answered.

If the NYPD's technology had been up to date, they would have known the make and model of the car more than an hour earlier.

And, who knows. That may have saved Leiby Kletzky's life.