Whitewash: Ami Magazine's "hard-hitting interview" with the Skvere Rebbe turns out to be a fluff piece meant to kosher a man who many believe incited the violence that almost killed Aron Rottenberg and his family.

Update 8:01 pm CST – Here are the key quotes from the article, followed by an email from Ami's editor (who is Ami publisher Yitzchok Frankfurter's wife), and after that the entire article.

Please also make sure to listen to Ami Magazine's publisher Rabbi Yitzchok Frankfurter's attacks on bloggers – especially one unnamed blogger who is clearly me – and his defense of the Skvere Rebbe that he based the "interview" [i.e., the PR piece/article] posted below.

Frankfurter opened the door, so to speak, by going on public airways, launching attacks against me and against other bloggers, and by claiming there that his interview with the Skvere Rebbe supports those attacks. That makes his entire article necessary in order to defend myself and others from Frankfurter's attacks.

Frankfurter also used lies about bloggers to prompt the Rebbe's "condemnation" of violence, and that also makes the entire article necessary and relevant to any defense.

Frankfurter also fails to mention the November public letter issued by New Square's political and rabbinic leadership calling on residents to take harassing actions to drive a dissident out of New Square.

That letter was never retracted, and it could not have been issued at all without the Rebbe's approval.

And the nighttime demonstrations in front of dissidents homes, the bricks thrown through dissidents' house windows and car windows, the harassing of dissidents' children, etc. – all are absent from Frankfurter's article.

Here is the Skvere Rebbe's "condemnation" in context, taken from the Ami Magazine article: 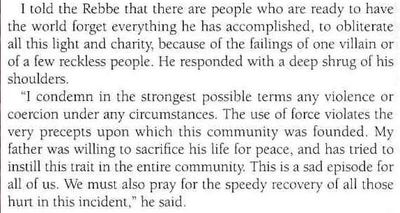 The attack on bloggers from the Ami Magazine article: 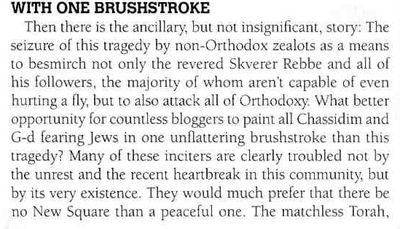 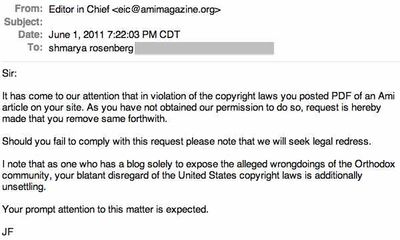 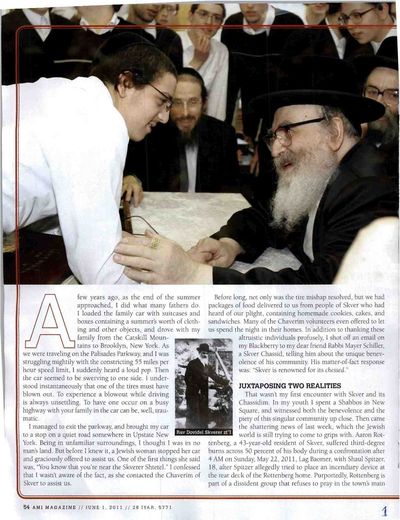 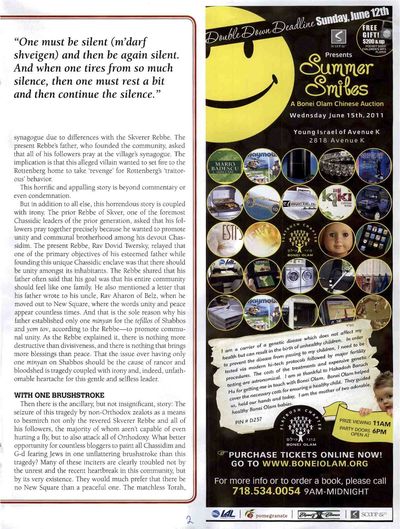 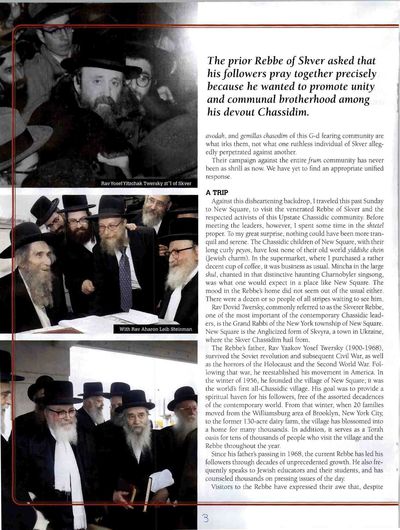 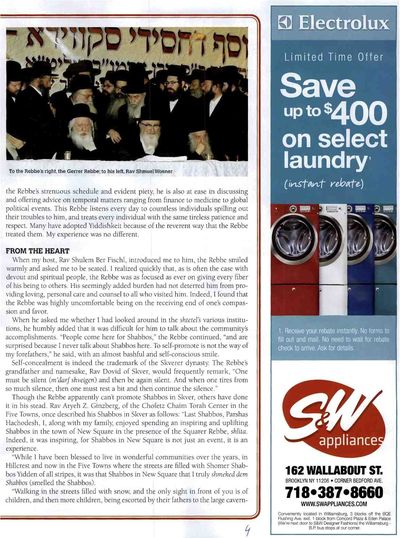 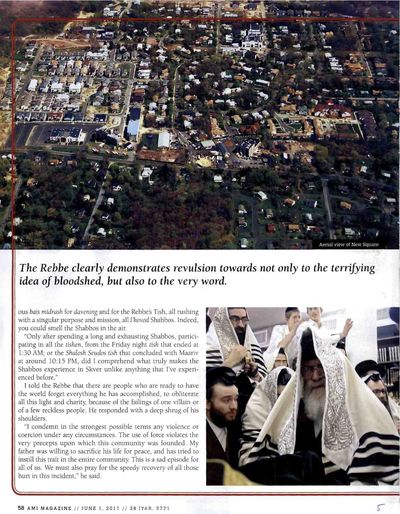 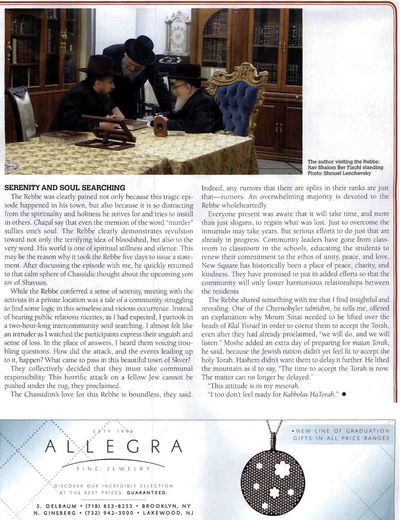 Here it is as a PDF file:

Related Post: The Skvere Rebbe Speaks Again – But Is He Telling The Truth?

Whitewash: Ami Magazine's "hard-hitting interview" with the Skvere Rebbe turns out to be a fluff piece meant to kosher a man who many believe incited the violence that almost killed Aron Rottenberg and his family.